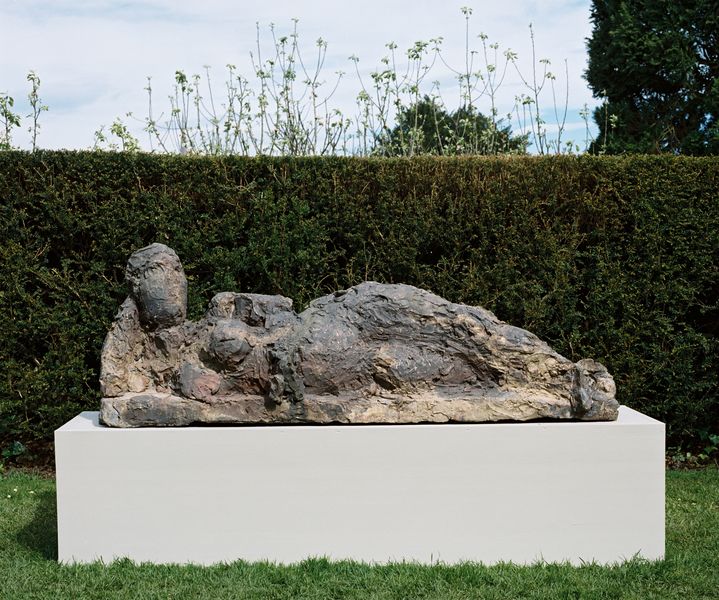 Although by no means as well known as Alberto Giacometti or Niki de Saint Phalle, in the long run, sculptor Hans Josephsohn is more than likely to prove just as significant a figure in the history of Swiss and indeed European art.

Josephsohn, now in his nineties, is Swiss by adoption. Born in East Prussia in 1920, his family’s Jewish origins prompted his parents to send him abroad, to Florence, to study art in 1937. A year later, anti-Semetic legislation in Italy necessitated another move, this time to Zurich, where he has been based ever since, following an apprenticeship with Swiss artist Otto Müller (he became a Swiss citizen in 1964).

Elizabeth Hatz showed several pieces by him in Limerick when she curated ‘EVA’ in 2010. Now, a generous selection of his work, spanning the last 60 years, forms this summer’s annual exhibition at Lismore Castle in Co Waterford, under the auspices of Lismore Castle Arts. It’s a fantastic show and the castle, both indoors in the gallery spaces and outdoors in the formal and informal gardens, makes an inspired location to display the artist’s monumental, richly textured and generously tactile sculptures. Originally made in plaster, the works are then cast, mostly in brass, an unlikely but very effective medium. 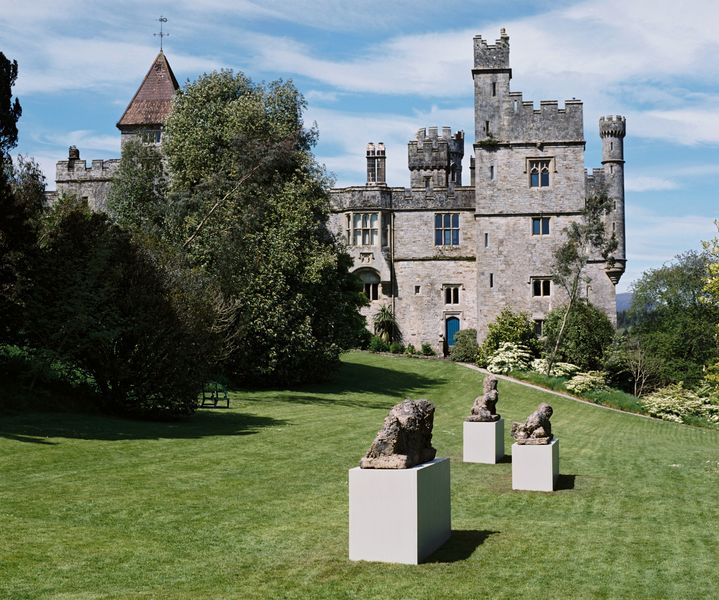 Josephsohn’s subject is the human figure: busts, full reclining figures, what he terms ‘half figures’ and figures in relief. He works from models, usually those people who are closest to him, particularly his partner, Verena. Even the earliest pieces on view, however, don’t evidence any great concern for conventionally realistic likeness. And he is on record as being against incidental, narrative gesture. Rather, he seems to be after something like the essential core sense of an individual human presence, the living physical being in all its inner complexity and accumulated, outward experience.

The distinctive appearance of his sculpture derives from a distinctive working method (you can see him at work in a film screened as part of the exhibition). One artist he seems quite close to in feeling is the Japanese-Swiss painter and sculptor Leiko Ikemura. While Josephsohn’s work is clearly related to Giacometti’s, it is also very different. In fact, Josephsohn sees his accretive way of making figures as the antithesis of Giacometti’s practice of subtracting material and gradually whittling down a form.

Josephsohn’s process is very physical. Using pieces of plaster set to varying levels of hardness, he builds up the mass of the head and shoulders or the full figure. At the same time, he chips and hacks away at the emergent form, using knives, hammers, even axes, and as he progresses he’ll pick up discarded fragments of plaster from the floor and reintegrate them into the piece.

The end result is usually a sculpture with an extraordinarily dense, busy surface, packed with lumps, edges, fissures and cracks, including the frequent, direct imprints of the artist’s hands. Yet step back and the overall forms are not at all busy. Cast in brass, they appear venerable and calm and weathered, like ancient artefacts – he’s cited the stone heads on Easter Island as one influence on his ‘half figures.’

The surfaces have been described as being like cooled lava, baked or fired clay, or rough stone. They’re all of that, and more. Several of these, seen in the 12th-century St John’s Tower, the oldest surviving part of Lismore Castle, look very much at home, as others do against the stone and lime mortar of the garden walls outside.

As Josephsohn’s work developed, it increasingly resisted the idea of the single, specific image while retaining and emphasising the sense of a physical and mental presence. The implication is that a body is not its image, or reducible to its image, but something much more. That’s a predictably sculptural sentiment, but Josephsohn delivers on it, and he does so without being earnest or po-faced. Commentators have noted the ‘dumb… comically vulnerable’ quality of his figures, which is accurate. And the reclining figure sculptures are often like the tragicomic wreckage or scarred remnants of figures. At the same time, as with all of his works, they are somehow heroic in their durable, stubborn insistence on being.

Josephsohn is an example to us all in the way he quietly and assiduously worked away for decades. He exhibited, and his reputation slowly grew among his peers and a relatively small number of admirers, mostly in Switzerland.

Remarkably, it was really only late in the 1990s that he started to become well known abroad, and a 2002 exhibition at the Stedelijk Museum in Amsterdam, organised by curator Rudi Fuchs, marked something of a breakthrough, bringing his work to the attention of a much wider audience.

The Josephsohn is an important show for Lismore Castle Arts, which was initiated in 2005. Arts projects since then have been centered on a series of gallery spaces created in the once derelict west wing of the castle, but also extending naturally into the extensive garden spaces and an offsite location in the town, St Carthage Hall, a one-time Methodist chapel, recently refurbished as an exhibition space.

This summer it features TJ Wilcox’s film ‘The Heir Astaire,’ inspired by Fred Astaire’s sister Adele’s early years at Lismore. She married Lord Charles Cavendish, the son of the ninth duke of Devonshire, in 1932, and they moved to Ireland to live in the castle. This will be followed by Corban Walker’s Please Adjust, which represented Ireland at the 2011 Venice Biennale.

Walker’s project was curated by Eamonn Maxwell, Lismore Castle arts director since 2009. Born in Co Antrim, Maxwell studied art at Camberwell College in London but quickly realised, as he puts it rather brutally himself, that he wasn’t an artist. He shifted his focus on to curation, very successful, becoming curator at the University of the Arts, a kind of conglomeration of six colleges of art. He’s particularly proud of developing its emerging artists’ programme, which was designed as: ‘A bridge between art school and the reality of a career.’ A crucial part of the programme was a scheme to connect collectors with recent graduates.

The shift from London to remote Lismore was extreme, but he was attracted by the commitment of the earl, William Cavendish, and his wife Laura to Lismore Castle Arts. Ambitiously, they’ve set out to position Lismore as a contemporary art venue in an international context. In this, they see Lismore as part of the Irish art world, not something apart from it. Maxwell is convinced that not only can it work in the country’s favor, but it already has.

One of the most effective shows in that regard was a 2010 exhibition curated by Mike Fitzpatrick. It featured Gerard Byrne, an Irish artist with a significant international profile. Josephsohn is a couple of generations older that Byrne, but should prove equally effective. If ever you needed a reason to visit Lismore Castle, his work provides it: it delivers a superb, memorable exhibition in the ideal location.

Hans Josephsohn (1920–2012) sought to capture the intimacy, experience and presence of the human form and this...

'Looking at Josephsohn's sculptures offer the viewer a pleasure of a peculiarly aesthetic kind.'