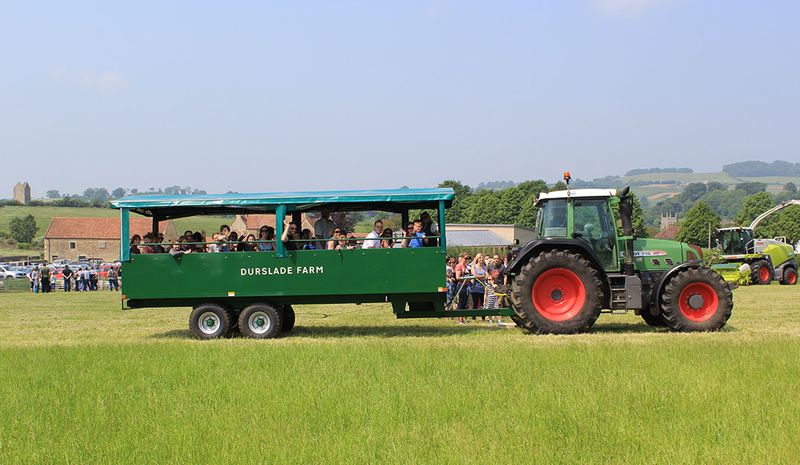 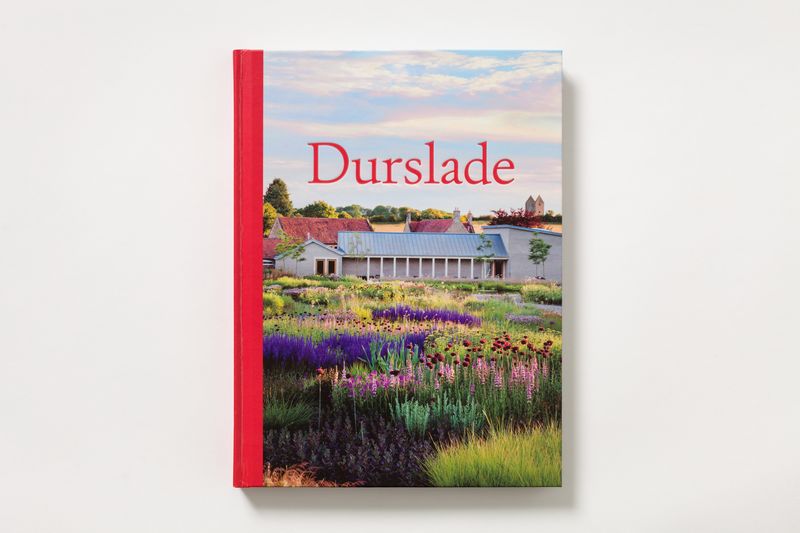 Durslade Farm is situated on the edge of the town of Bruton. It consists of a group of Grade II listed farm buildings including a Farmhouse, Stables, Cow Sheds, Piggery, Threshing Barn and several other outbuildings with distinctive features. Initially built as a ‘model farm’, it sits within 100 acres of fields and woodland.

The manor of Bruton was owned by Bruton Abbey until the dissolution of the monasteries (1536 – 1540). In 1546 it was sold to the Berkeley family, who built the first farm buildings on the site at Durslade in the 1760s and owned the farm until 1776. It was then sold to the Hoare family who also owned the nearby estate of Stourhead, now managed by the National Trust. Durslade was maintained as a tenanted farm until it was taken over by the Gilling family in 1918.

The earliest and perhaps most striking building is the Threshing Barn, as well as the Farmhouse (which bears the Berkeley family coat of arms) and the Stables, both with Gothic façades. A number of additional buildings were added to the farm complex in the late 19th century and early 20th century, including the Piggery, Cow Sheds, Engine House, Machine House and Cart Shed.

The Farmhouse and outbuildings at Durslade were used during the filming of ‘Chocolat’ (2000), starring Johnny Depp, Juliette Binoche and Dame Judi Dench.

Design Concept
At the core of the pre-existing site of Durslade Farm, adjoining barns of varying shape and size form a strong yet informal ensemble. The developed site aims for a sense of continuity with the existing built fabric, and to reinforce the predominance of the main barn complex. The addition of two new wings, connecting with the Cow Sheds at one end and the Piggery at the other, create a continuous internal space and an enclosed external courtyard.

From the main entrance, the new additions appear to be set back from the Cow Sheds, establishing a hierarchy between historical and contemporary interventions. The heights and pitches of gables and roofs have been carefully determined to bring a quiet response to the many conditions found on the site. The alignment of the new volumes is determined by the shape and boundaries of the property, and offers a strong connection with the perennial meadow and surrounding landscape. While the scale and proportions of the new extensions remain sympathetic to the existing buildings, the choice of materials emphasises the distinction between the new additions and the historical ensemble. The sober material expression is in keeping with the predominantly robust nature of the historic buildings. The use of brick remains sympathetic to the existing sandstone and brick walls, while pre-cast concrete lintels and jambs echo the framing of existing doors and windows. New roofs are clad in profiled zinc, to contrast with the existing tiled roofs. The junctions between new and existing walls and roofs have been carefully but honestly handled with clarity between old and new.

Exhibition spaces stretch through five gallery rooms – two new, and three converted buildings – varying in proportion and style, providing a continuous spatial experience, which merges the existing listed agricultural buildings with the new purpose-built structure, and creates a dynamic and engaging dialogue between the new galleries and the agricultural background. From the main entrance at the southwest end of the Cow Sheds, visitors are able to enter the first gallery in the Threshing Barn, or access the garden through the new lobby. This area is the central axis of public circulation connecting the galleries, the cloister courtyard, the restaurant and its terrace, and the garden.

This courtyard is large enough for each building to retain its own identity, while giving a clear sense of the overall cohesion between the old and new buildings. The newly created courtyard garden, lined in part by colonnaded canopies, provides a contemplative outdoor space for locals and visitors to enjoy, and is a site for displaying outdoor works of art.