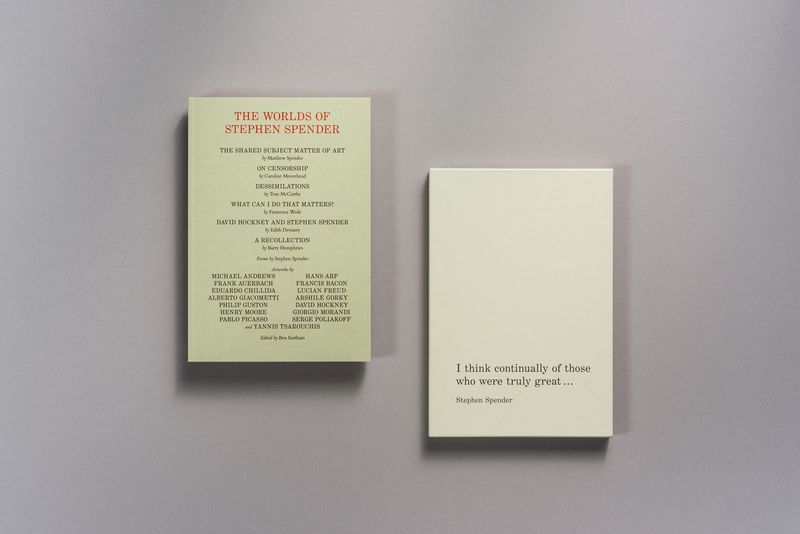 The Worlds of Stephen Spender

At his home in Italy, Matthew Spender shares personal recollections of his father along with photographs and material from the family’s archives. ‘My father thought that all works of art come from the same place – the same inspiration – and it could become a poem, or a piece of sculpture, or even a symphony.’

Spender and his circle passionately believed that art and literature could transcend political or ideological divides to help find a common humanity at a time when the world was in crisis. Through his travels in the 1930s, Spender had experienced first-hand the end of Weimar-era democracy, the rise of Hitler and the Spanish Civil War. Spender’s conviction in ‘a shared subject matter’ shaped his own writing, his activities as an editor and his political beliefs. He felt a great kinship with artists and intellectuals including W.H. Auden, T.S. Eliot, Lucian Freud, Cecil Day Lewis, Michael Andrews, Henry Moore, Frank Auerbach, Christopher Isherwood, David Hockney and Pablo Picasso. His wife Natasha Spender was an erudite and accomplished concert pianist and their home became a meeting place for artists, writers, filmmakers, intellectuals, and politicians from London and around the world. 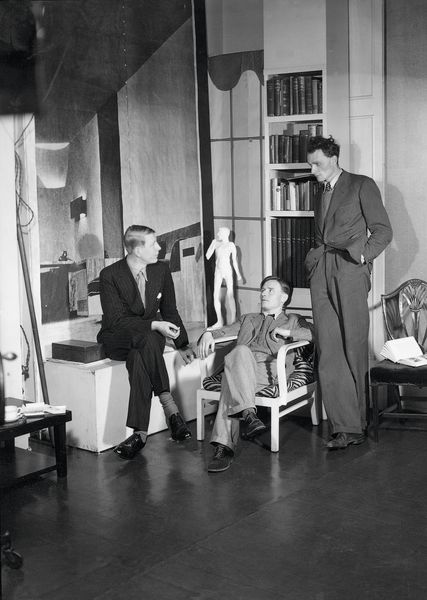 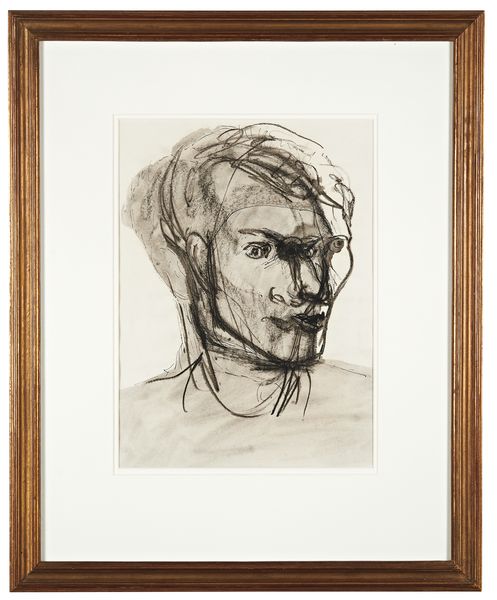 The exemplary works in the presentation that are particularly reflective of Spender’s friendships include his portrait by a young Lucian Freud who set up a studio in the Spenders’ flat for a time in 1942; paintings by Frank Auerbach who Spender met at his first solo London show in 1956; portraits by life-long friend Henry Moore and Yannis Tsarouchis; and important still life paintings by Giorgio Morandi. Spender’s open and international outlook and belief in the importance of a continual exchange of ideas has informed the inclusion in this project of work by contemporaries such as Hans Arp, Louise Bourgeois, Arshile Gorky, Philip Guston, Lygia Pape and Eduardo Chillida. The Spender family have generously loaned key works from Spender’s own collection to give valuable context to the presentation allowing viewers a unique opportunity to more comprehensively enter his ‘world’. 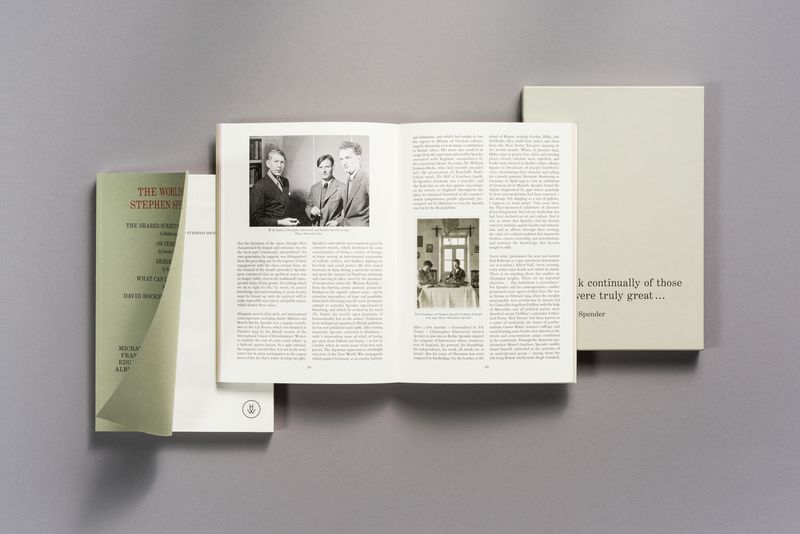 Spender’s commitment to reach as wide an audience as possible and his belief in free speech and international co-operation is seen through the journals he edited: Horizon, Encounter and Index on Censorship, examples of which are included in the books and manuscripts which form part of the presentation. In keeping with this ethos, a book from Hauser & Wirth Publishers, entitled ‘The Worlds of Stephen Spender: I think continually of those who were truly great’, expands on the ideas of the presentation and their contemporary relevance. The editor of this publication, Ben Eastham (founding editor of The White Review), describes Spender as ‘a sexually liberated young radical who wrote paeans to modernity, a committed Socialist who travelled with the International Brigade to fight in Spain, a post-war liberal who withdrew from party politics in favour of a doctrine of free speech and universal human rights, a dedicated husband and devoted father who never entirely renounced what he called in his journals his ‘queer identity’, a titled member of the English establishment who considered himself part of an international community of writers.’