'David Smith: The White Sculptures' is the first exhibition to critically consider the use of the color white within the work of David Smith (1906–1965). Smith returned to and rediscovered this color throughout his life, whether it was in the naturally occurring white hue of found coral, as in his earliest sculptures; the white of a sunless sky or of a snowy landscape, both of which feature in his artistic photography; the white canvas or paper at the center of his Sprays, or the simple grounds of his Nudes; or the industrial white enamel that he applied to his later large- scale sculptures. Many of his works across mediums incorporate white forms as central elements, with foreground and background repeatedly reversed, questioned, and inverted. When installed in the landscape, the flat white planes of some of his large sculptures appear as dramatic cutouts. 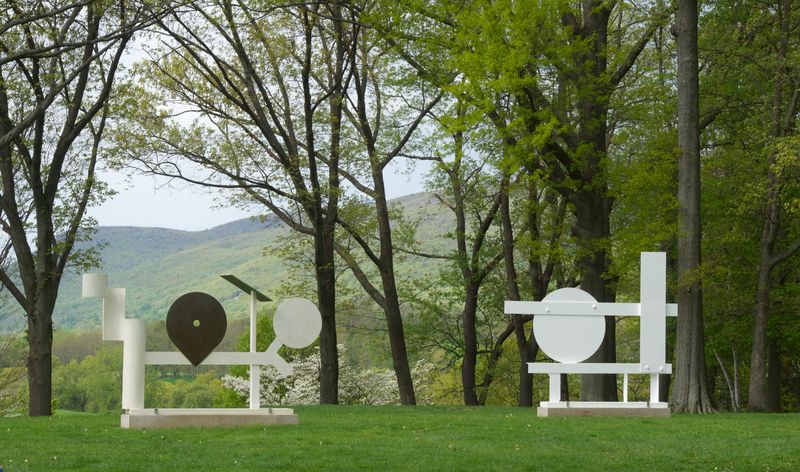 In 1940, Smith and his first wife, artist Dorothy Dehner, relocated from New York City to an eighty-six-acre former fox farm in Bolton Landing, New York, which they had purchased in 1929. In the 1950s, Smith began to place his sculptures outdoors, in relation to each other as well as to the natural elements surrounding them—eventually calling the property a “sculpture farm.” At the time of the artist’s death, eight large steelsculptures, painted white, stood among the dozens of sculptures that he had installed in the fields around his home and studio. These sculptures included bronzes and rusted-steel constructions, as well as works of burnished stainless steel and colorfully painted steel. Smith painted his polychrome works white before determining their final colors; they sometimes sat in the fields glistening white for months. Because of this, the eight works that were white at the time of the artist’s death led to a debate regarding his final intention for the works’ color. What is clear is that for Smith, the white sculptures occupied an important place in an ongoing exploration of the potential for sculpture, its relationship to nature, and its purely visual impact. His own photographs of these works demonstrate his engagement with them, his process of understanding how they functioned, and both the formal and expressive potential he found in the color white. 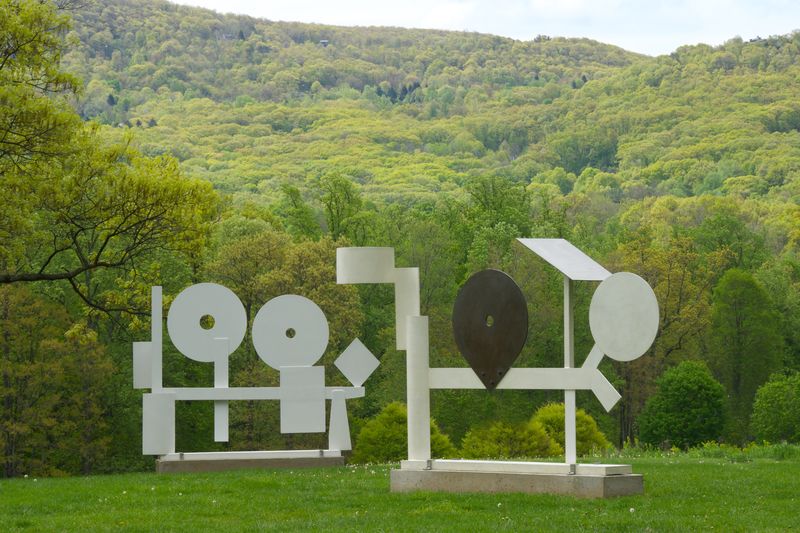 Six of Smith’s large, white, welded-steel constructions are installed outdoors on Storm King’s Museum Hill, echoing Smith’s placement of them in his own fields at Bolton Landing. Smaller sculptures that further explore the artist’s use of white, shown in relationship to his paintings and photographs, are displayed in the indoor galleries.

‘David Smith: The White Sculptures’ celebrates the fiftieth anniversary of the 1967 acquisition by Ralph E. Ogden, Storm King’s founder, of thirteen Smith sculptures directly from the artist’s former studio at Bolton Landing, which marked the start of Storm King’s focus on the large-scale, outdoor art installations for which it is now well known.

In the Zig series, my father really had to push against received notions, very ingrained at the time, that sculpture...

Born in 1906 in Decatur, Indiana, David Smith is known for his use of industrial methods and materials, and the...

‘The words I use in talking about art do not bear close relationship to making art, nor are they necessary...