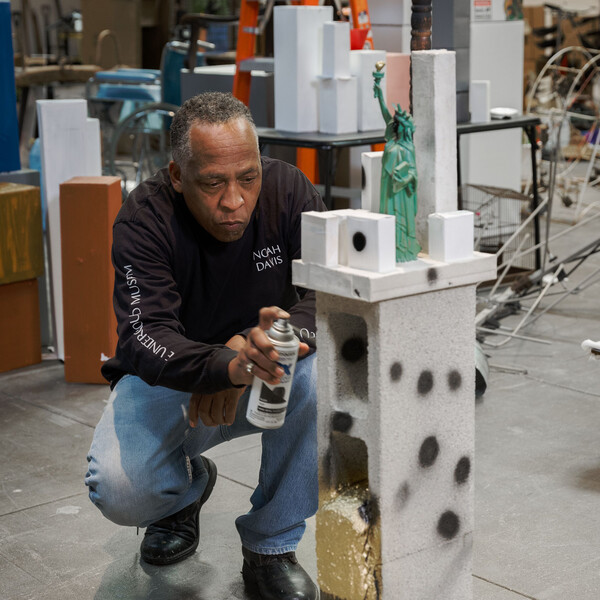 This resource has been produced to accompany the exhibition, ‘Henry Taylor’ at Hauser & Wirth Somerset from 25 February – 6 June 2021.

Born in 1958 in Ventura, California, the youngest of eight children, Taylor’s initial exposure to the medium of painting came from his father, who was a commercial painter employed by the U.S. Government at a naval air station. When he was at school, Taylor had an avid interest in the art historical movements spanning the Nineteenth and Twentieth centuries. Taylor later attended Oxnard College, where he studied Journalism, Anthropology, and Set Design, and Taylor’s formal training came in the 1990s when he studied at The California Institute of the Arts; at the same time as studying he also worked as a psychiatric technician at Camarillo State Mental Hospital.

In 2018, Taylor was the recipient of The Robert De Niro, Sr. Prize for his outstanding achievements in painting. Taylor’s work was presented at the Whitney Biennial at the Whitney Museum of American Art, New York NY in 2017 and 58th Venice Biennale, Venice, Italy in 2019.

For his inaugural exhibition with Hauser & Wirth, the American artist has taken over all five galleries in Somerset to present a major body of sculptural work and paintings. It includes a series of jewel-like miniature sculptural paintings created since the 1990s, formed from found domestic objects such as cigarette boxes as an ongoing visual biography.

In preparation for the exhibition Taylor travelled to Somerset for an artist residency, energetically building, stacking and affixing a vast array of objects and collected materials together to creating a record of his everyday experiences and the materials that define them. 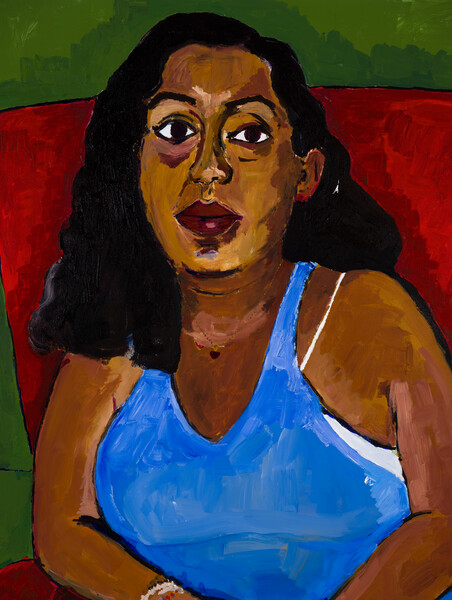 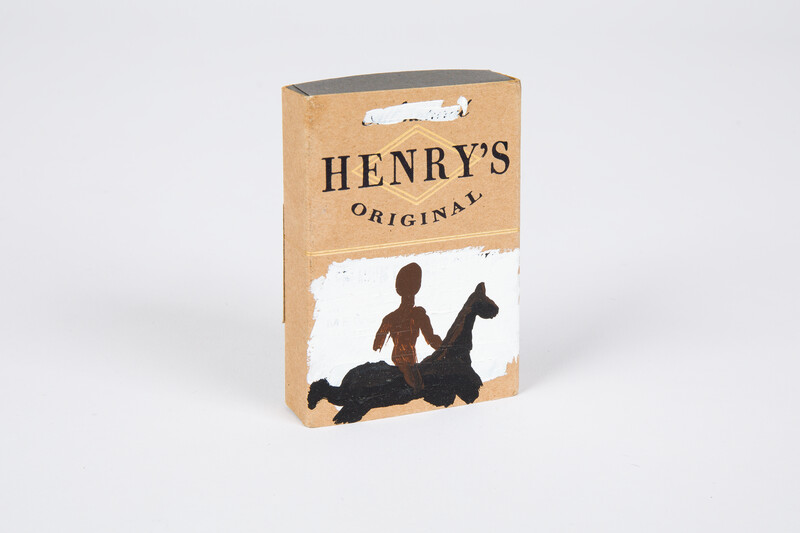 Henry Taylor works in two and three dimensions, across painting and sculpture. His subjects combine figurative, landscape and history painting. Taylor’s choice of painterly subject – from memory and archival materials, to the live sitter – is firmly dependent upon his sense of connection driven by empathy.

Using acrylic paints, Taylor works by painting rapidly and loosely. With this process, he captures his subject’s nuances and mood with gestures and passages of flat, saturated colour offset by areas of rich and intricate detail. The intensity with which he paints is reflected by his brushwork: a network of kinetic strokes that seek to capture a feeling before it flees. Taylor’s subjects, which range from members of his community to symbolic objects representative of historical struggle, span the breadth of the human condition; each work is a holistic visual biography and permanent record of a person or people’s history.

Taylor’s practice extends beyond the boundaries of canvas including his series of miniature box paintings and assemblage sculptures. His series of miniature box paintings has evolved over the past three decades, serving as a continuous thread in his studio practice. The earliest, made in the 1990s while Taylor was still a student, are painted on cigarette, cracker, and cereal boxes, surfaces that were on hand and immediate to the artist.

What are the main themes in Henry Taylor’s work?

Henry Taylor often paints people, but he prefers not to be labelled as a portraitist. Whilst his works may depict individuals, his main theme is culture: history, society, community and narratives. He makes use of art history by deploying archival or pop-cultural references, and art historical predecessors from Louise Nevelson to Bob Thompson. 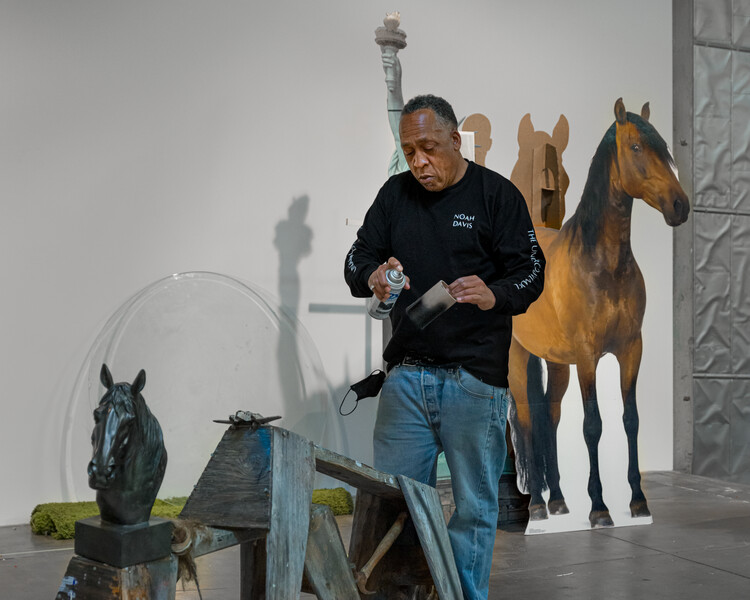 Where does Taylor get his inspiration?

Taylor is voracious and eclectic in his sourcing of subjects. This ‘hunting and gathering,’ as he defines it in his own words, is above all, an active process – one in which Taylor often mines his own history and experiences. In his studio, newspaper clippings and historical photographs of civil rights figures sit alongside his own snapshots of people both strange and familiar to him. This library of images, in turn, is surrounded by a collection of disparate objects that Taylor retrieves from estate sales, his travels abroad, and local flea markets. Scattered across the studio spaces are infinite piles of historical tomes and artists’ monographs. All of these objects and visual documents eventually feature both in his paintings and as building blocks for totemic sculpture.

What other artists does it relate to?

Henry Taylor’s work has been aligned within various American traditions, including the portraiture tradition of Alice Neel, to the work of the Harlem Renaissance in the 1920s. His innovative, fluid and eclectic approach draws from a wide range of artists such as Basquiat, Degas, Rauschenberg, Matisse, Goya, Whistler, Cubism, Constructivism, and Congolese sculpture. 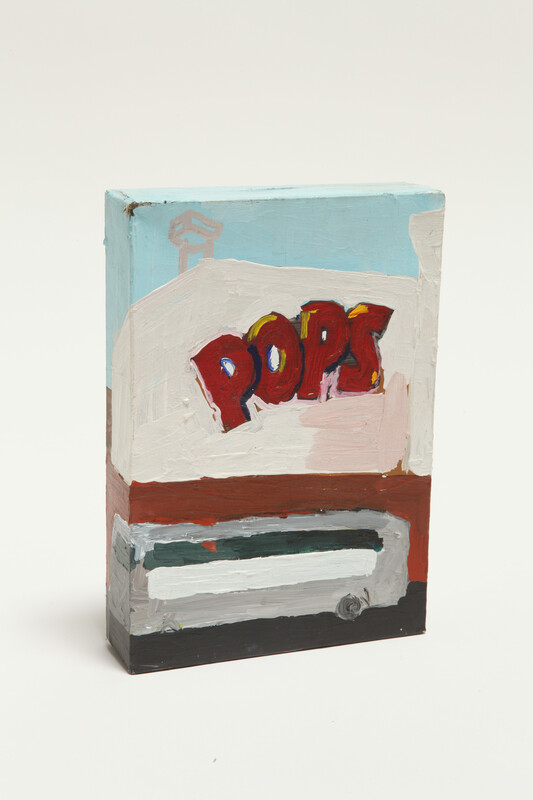 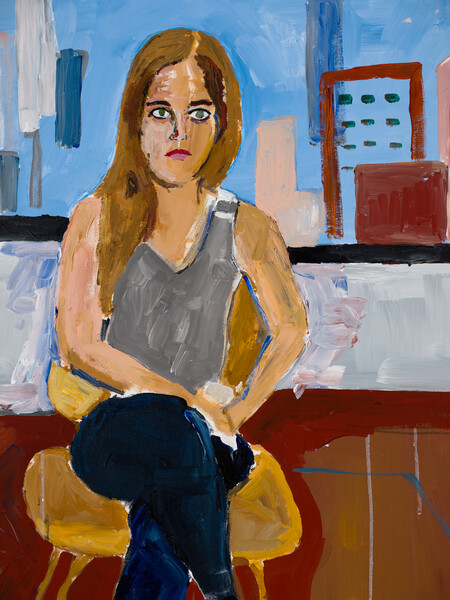 Assemblage describes art work made by grouping together found or unrelated items.

Jean-Michel Basquiat (1960 – 1988) was an influential African-American artist who rose to success during the 1980s. Basquiat’s paintings are largely responsible for elevating graffiti artists into the realm of the New York gallery scene.

Congo’s many ethnic groups and regions have developed a range of traditional arts, including painting, sculpture, music, and dance, often classified according to the styles of the areas from which they originate.

Constructivism was a particularly austere branch of abstract art founded by Vladimir Tatlin and Alexander Rodchenko in Russia around 1915.

Edgar Degas (1834 – 1917) was a French Impressionist artist famous for his pastel drawings and oil paintings. Degas also produced bronze sculptures, prints and drawings. Degas is especially identified with the subject of dance; more than half of his works depict dancers.

Francisco Jos. de Goya y Lucientes (1746 – 1828) was a Spanish painter and printmaker. He is considered the most important Spanish artist of the late 18th and early 19th centuries and throughout his long career was a commentator and chronicler of his era. Immensely successful in his lifetime, Goya is often referred to as both the last of the Old Masters and the first of the moderns. He was also one of the great portraitists of his time.

The Harlem Renaissance was an intellectual revival of African American art and literature centered in Harlem, New York City, spanning the 1920s.

Identity politics describes a political approach in relation to people of a particular religion, race, social background, class or other identifying factor. They may develop political agendas based on systems of oppression that affect their lives and come from their various identities.

Henri .mile Beno.t Matisse (1869 – 1954) was a French artist, known for both his use of colour and his fluid and original draughtsmanship. He was a draughtsman, printmaker, and sculptor, but is known primarily as a painter.

Combining or involving several academic disciplines or professional specializations in an approach to a topic or problem.

Alice Neel (1900 – 1984) was an American visual artist, who was known for her portraits depicting friends, family, lovers, poets, artists, and strangers.

Milton Ernest “Robert” Rauschenberg (1925 – 2008) was an American painter and graphic artist whose early works anticipated the Pop art movement. Rauschenberg is well known for his Combines (1954–1964), a group of artworks which incorporated everyday objects as art materials and which blurred the distinctions between painting and sculpture. Rauschenberg was both a painter and a sculptor, but he also worked with photography, printmaking, papermaking and performance.

Bob Thompson (1937 – 1966) worked as an artist in New York from the 1950s, he developed a vital new figurative style in reaction to the dominance of abstract art, yet adapted its spontaneity, scale, and expressive use of color.

Focus on someone in your immediate family to create an energetic painting. Consider an exciting interior space to make an atmosphere for your subject to be carrying out everyday actions. Your painting should be quick and intuitive, to allow for an emotive response – be confident and see what you can create!

Painting on a box

Using an empty cardboard container such as a cereal or toothpaste box, make a 3D painting. Begin by making a list or drawing of anything you’d like to have more of in your life (colour, quiet time, pets, friends etc.) Then make a list of the feelings that these things would create for you (brightness, calm, energetic etc.). Use these feelings to inspire your choice of colour and the style of the way you paint the items onto your box.