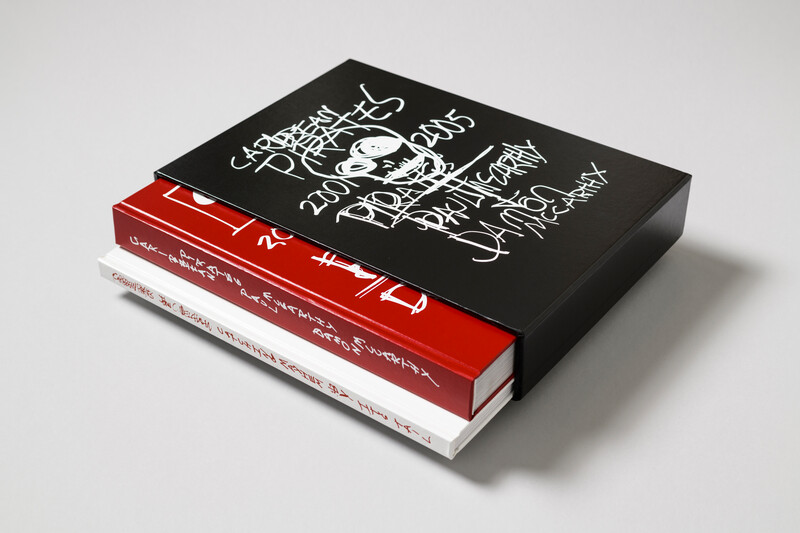 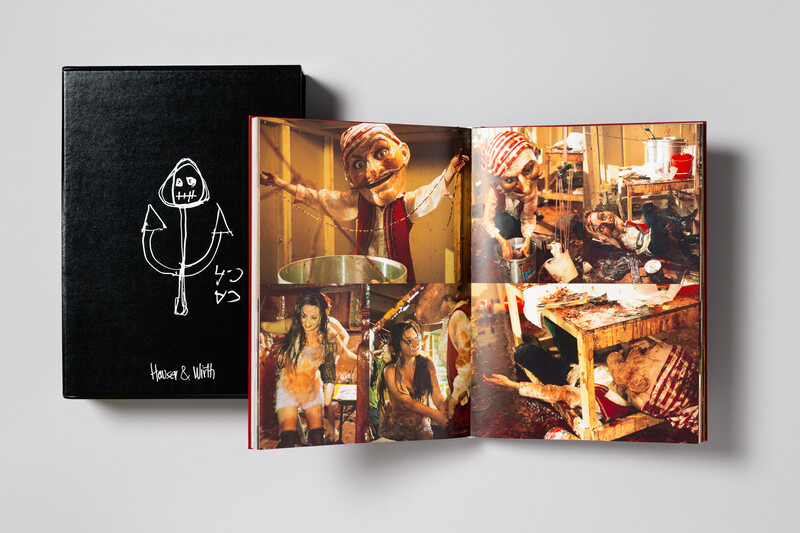 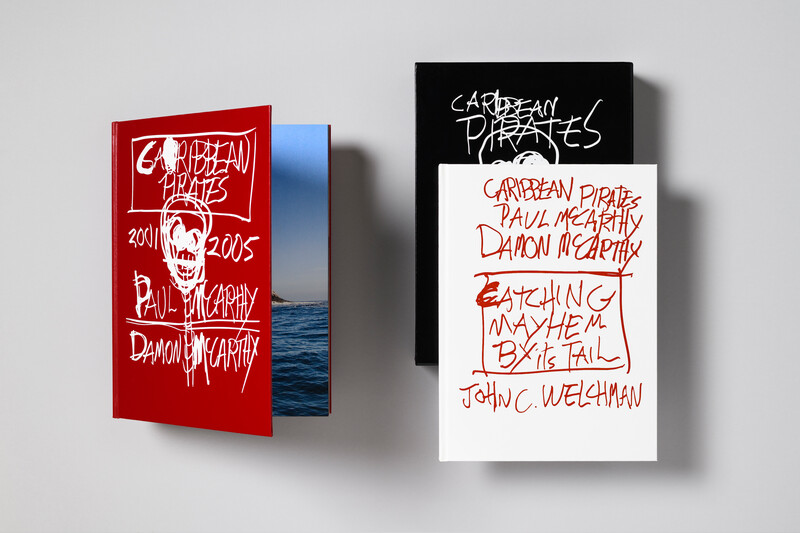 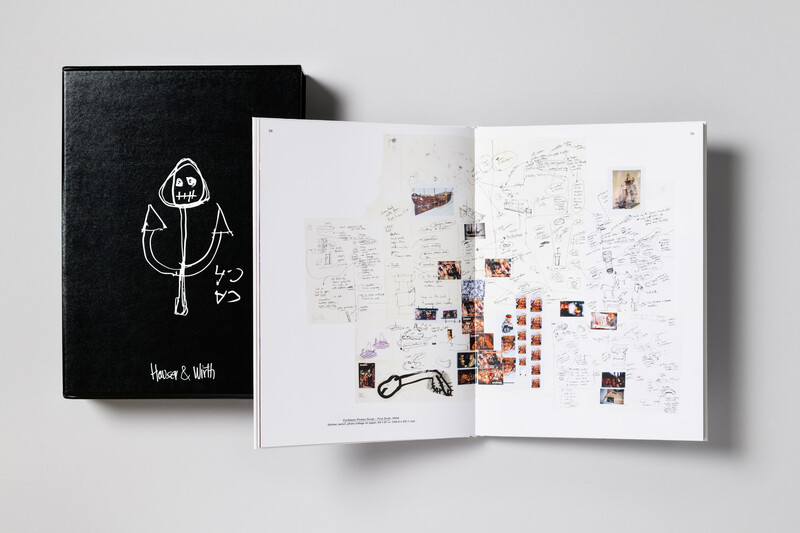 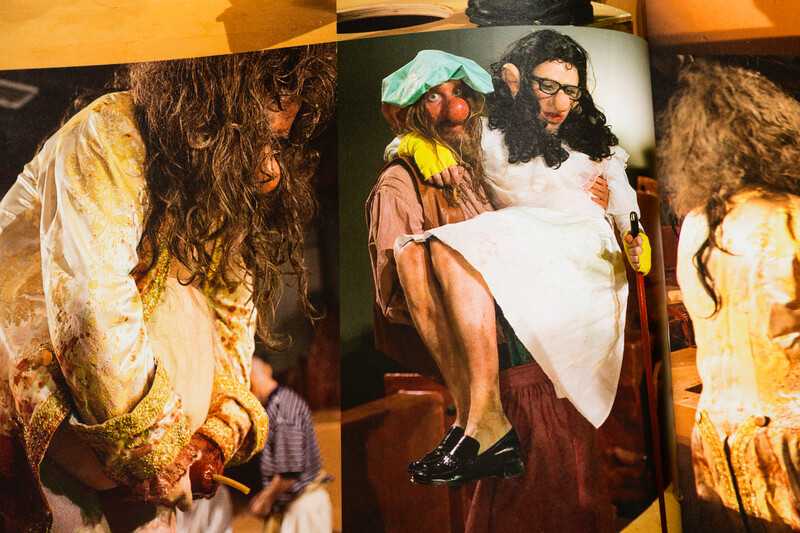 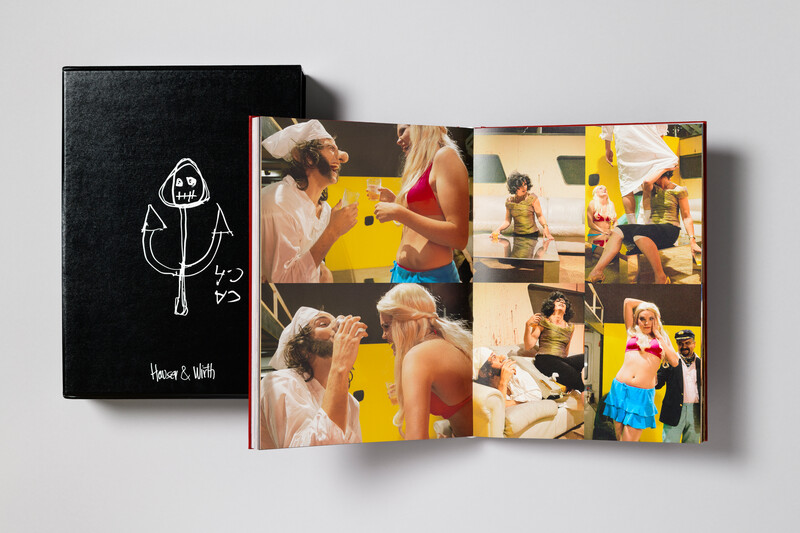 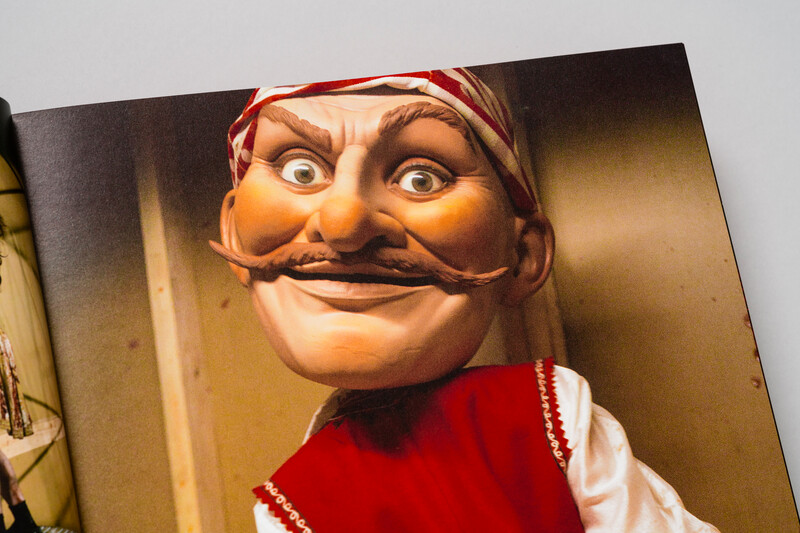 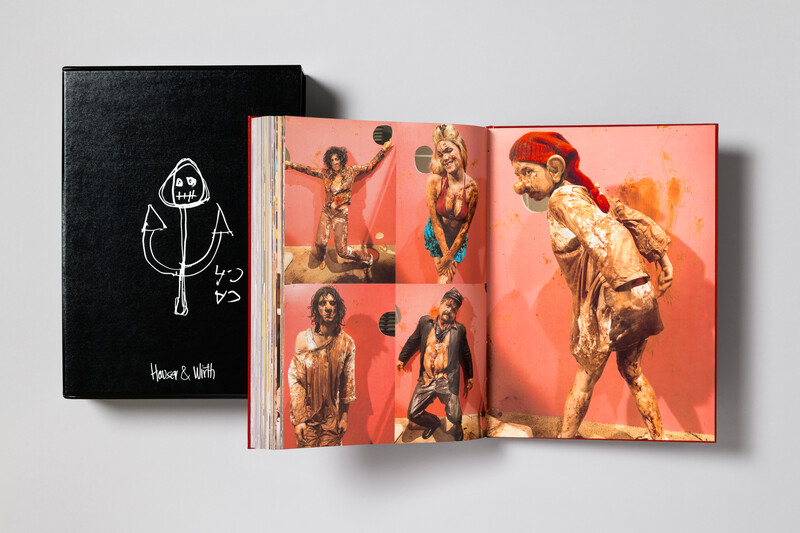 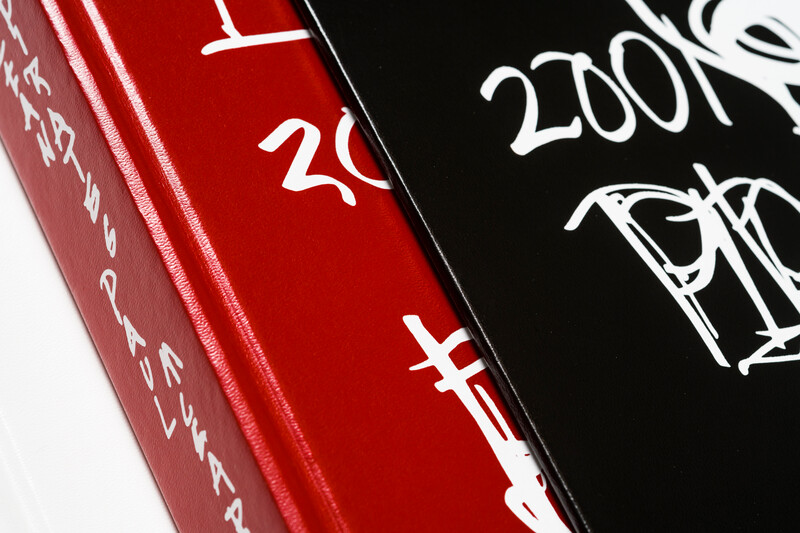 ‘Caribbean Pirates,’ an immense two-volume artist book by Paul McCarthy and his son Damon McCarthy, presents photographic documentation of ‘Frigate’ and ‘Houseboat,’ two works first begun in 2001 that take the lawlessness of piracy as a departure point. Exploring the ways bodies, sex, and violence all find themselves enmeshed in networks of cultural references – spanning from American consumerism to Disney and classical cinema – these works are an essential component of McCarthy’s acclaimed multidisciplinary practice, which merges performance, sculpture, photography, painting, video, installation, and virtual reality. The kaleidoscopic documentation of ‘Frigate’ and ‘Houseboat’ is accompanied by ‘Catching Mayhem by Its Tail,’ a new text by John C. Welchman.

McCarthy writes, ‘DISNEY DOWN DOO THE HOLE DEATH AT THE BOTTOM OF THE HOLE begins begin begin began downward downward,” McCarthy writes of this work; “hell is but a float liken a dead circus caucus past the restraint restaurant know one at the helm at the helm mate fantasy matting four abreast in a suburb boat begins with float float life is but a dream past your favorite sushi sexy house bar down you go know one knows ho ho….’