We are pleased to announce the opening of our new exhibition and private viewing space in Monaco on the Côte d’Azur. The inaugural exhibition ‘Louise Bourgeois. Maladie de l’Amour’ opens on 19 June 2021. A monumental public sculpture from the French American artist’s Spider series, a bronze arachnid over three meters tall, will be installed in the gardens adjacent to the gallery.

Located in the heart of Monaco, near the historic Hôtel de Paris, our new gallery features a spectacular main exhibition space, a 290 sq.m. cube with 9 meter high walls, lit from above by a dramatic skylight. The conversion of the site has been conducted by Selldorf Architects, New York, which has collaborated with Hauser & Wirth on its spaces internationally since the founding of the gallery in 1992. In Monaco the gallery occupies the lower spaces of a building designed by Rogers Stirk Harbour + Partners and owned by the Société des Bains de Mer.

‘When we were invited to play a part in the continuing revival of the art scene in Monaco,’ says Iwan Wirth, President, Hauser & Wirth, ‘we saw that it offered an exceptional opportunity to present our artists in the heart of city, engaging with the vibrant contemporary scene across the south of France, strengthening our European presence. In former times, Monaco was a destination for artists, writers, and filmmakers who were as captivated as we have been by the Côte d’Azur. Over our nearly 30-year history, Hauser & Wirth has created physical spaces in the locations where our artists and our collectors reside—not only in the large urban centers of London, New York, and Los Angeles, but also in legendary resort communities and seasonal gathering spots such as Southampton and St. Moritz. This is something we have always done. But it’s an even more important step given the impact of events over the last year during which we have sought out new ways to present and sell works of art.’ 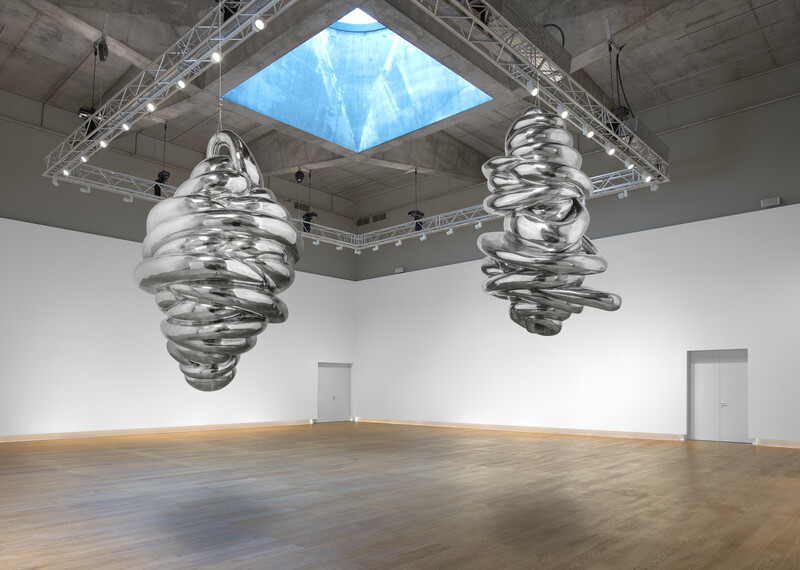 The works in the inaugural exhibition by Louise Bourgeois span a period between 1947-2008 and draw on recurring themes of anxiety and longing, emotions which the artist repeatedly mined to create her personal visual vocabulary. Along with Bourgeois’ monumental Spider sculpture dating from 1996, one of the artist’s most enduring and iconic motifs, two further aluminium sculptures are suspended inside the gallery. ‘Untitled’ (2004) gently rotates, as a continuously morphing form. The abstract spiral belongs to an important series Bourgeois made during the 1990s and shares a particular affinity to a previous work entitled ‘Les Bienvenus’ (1996), commissioned by the French Government and installed in the Parc de la Mairie in the village of Choisy-le-Roi, France, where she grew up.

I interviewed Louise Bourgeois in 1998. Well, I say I interviewed her. It was more a case of pressing the button on...

Born in Kyoto, nail artist Mei Kawajiri has made a name for herself through her intricate creations on the...

Rocking to infinity the red skein It will never be interrupted, abandoned or cut. There is one...