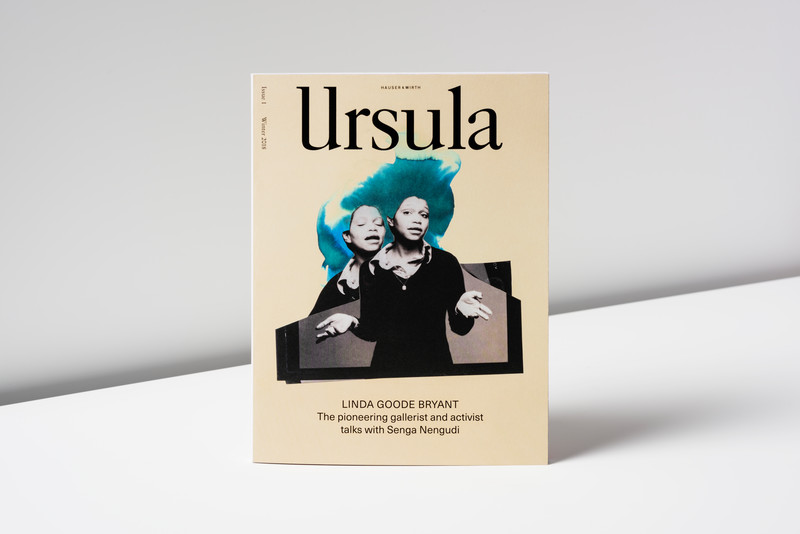 Hauser & Wirth is proud to announce the December 2018 release of the first issue of ‘Ursula,’ its new quarterly art magazine featuring essays, profiles, interviews, original portfolios, and photography by some of the most thought-provoking writers and artists in the world, as reported by Artnet. ‘Ursula’ takes its name from the internationally admired co-founder of the gallery: patron, collector, mentor, and art world mater familias Ursula Hauser. Reflecting the inclusive values and broad perspective of the gallery she helped to establish in Zurich in 1992, ‘Ursula’ will showcase not only the work of artists and estates represented by Hauser & Wirth, but also a wide, adventurous swath of the international art world of the 20th and 21st centuries.

This large format magazine, beautifully designed by Common Name, is driven by images and written in a sophisticated but accessible style intended to appeal to a broad and diverse audience, from scholars, curators, and seasoned collectors, to writers, critics, artists, and gallery-goers.

‘Ursula’ is edited by veteran journalists. The executive editor is Randy Kennedy, former long-time senior arts writer for The New York Times. Managing editor is Catherine Davis, who served in the same role at both Interview and Spin magazines.

The inaugural issue of ‘Ursula’ will include feature contributions from writer Luc Sante (Low Life, The Factory of Facts, The Other Paris), a frequent contributor to The New York Review of Books who explores the under-traveled history of Surrealism in Belgium, his homeland; Robin Coste Lewis, the National-Book-Award-winning poet and poet laureate of Los Angeles, who has written a new poem in response to a sculpture by Jack Whitten; Alissa Bennett, whose pop-culture literary zines have built a cult following and who, in a new essay, explores the nature of wealth, tragedy, and personal obsession; and Pipilotti Rist, whose recipe for homemade Japanese pickles is the first of many recipes planned for the pages of future issues. Among the standing sections in each issue of ‘Ursula’ will be pages proffering ‘insider’ recommendations from Hauser & Wirth staff, artists, and friends for cultural exploration (ranging from art, theater, food, and shopping, to natural wonders, festivals, and special occasions) in five of the cities worldwide where the gallery maintains public space.