About, by or of Marcel Duchamp
Set up by fluid editions 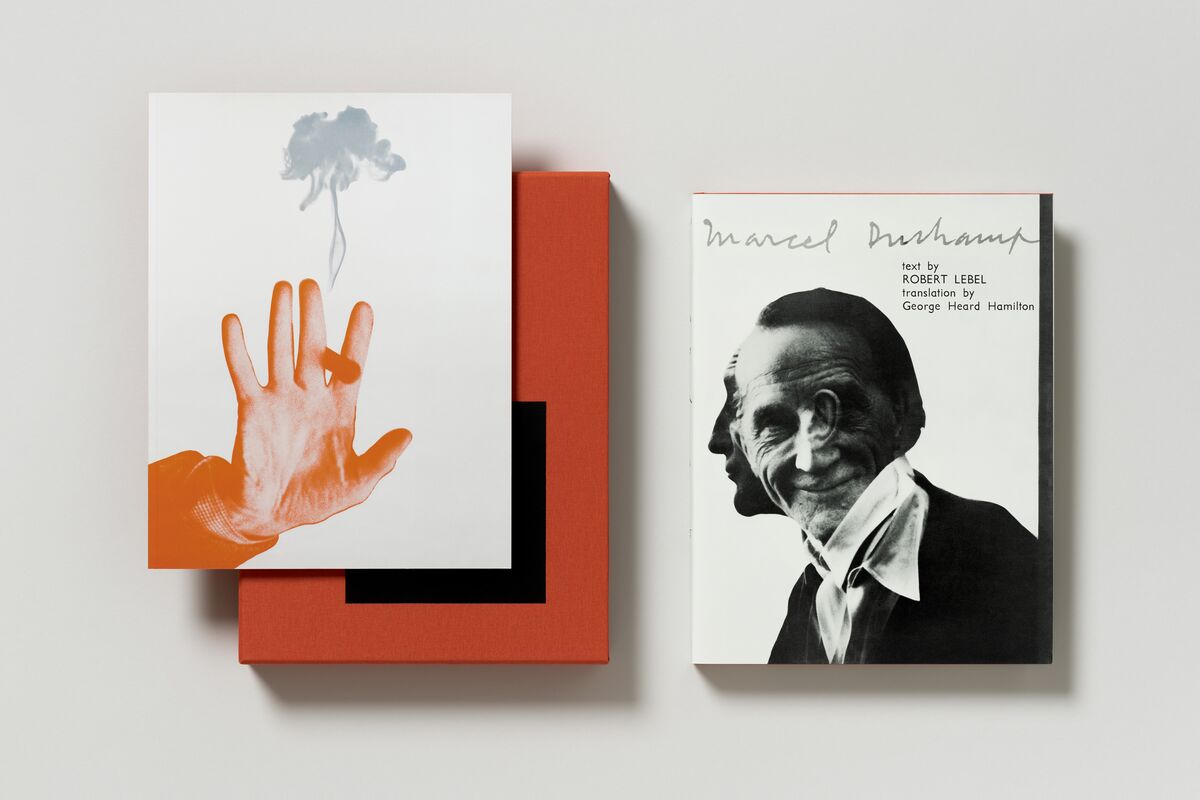 About, by or of Marcel Duchamp
Set up by fluid editions

‘About, by or of Marcel Duchamp’, an exhibition set up by fluid editions at Hauser & Wirth Publishers Headquarters in Zurich, illuminates the journey to resurrect the critically acclaimed first monograph and catalogue raisonné of legendary artist Marcel Duchamp. After being out of print for nearly 60 years, Hauser & Wirth Publishers released the carefully designed facsimile of the historic publication last November. Re-creating a title that was fabricated more than 60 years ago required specialists; fluid, the curatorial-design studio of Margrit Brehm and Axel Heil, led this effort. Through a selection of rare documents, magazines, books, editions and never previously exhibited ephemera from the fluid archives and the collection of Bastian D. van der Velden, ‘About, by or of Marcel Duchamp’ offers unique access to the multifaced world of Marcel Duchamp and his peers and tells the ‘making of’ story of the facsimile edition.

‘Marcel Duchamp’ became the go-to book on the legendary artist for many decades following its publication in late 1959, when editions in French and English were simultaneously released. This iconic title is the culmination of many years of Duchamp’s collaboration with its author, art historian and critic Robert Lebel. To this day, the book’s texts, which include chapters authored by Duchamp, H.P. Roché, and André Breton, remain just as relevant and impactful, as does Duchamp’s book design. Hauser & Wirth Publishers reanimates ‘Marcel Duchamp’ with its faithful reproduction of the 1959 Grove Press edition alongside Jean-Jacques Lebel, Robert Lebel’s son, and Association Marcel Duchamp, representing the artist’s estate.

The facsimile of the historic edition is presented in a slipcase with a supplement edited by Jean-Jacques Lebel and Association Marcel Duchamp. The supplement features archival material and texts that explore the relationship between Duchamp and Robert Lebel, consider the critical reception of the book, and extend the narrative of Duchamp’s community, life and work that began in the monograph. As contributor Michael Taylor writes, the original publication signified a ‘sea change in the artist’s receptivity to critical interpretation.’

Since Duchamp’s death in 1968, his legacy and influence has continued to grow and inspire new generations of artists. Hauser & Wirth Publishers specialises in lived art histories, and ‘Marcel Duchamp’ is considered the authoritative progenitor of this series. The reedition of ‘Marcel Duchamp’ brings readers closer to the lived experience and creative process of one of the most influential artists of the 20th century. Re-examining the artist-led publication more than a half-century after its original release is an indispensable feature of this project.

Dr. Margrit Brehm (art historian and curator) and Axel Heil (artist and professor for Experimental Transfers and Artistic Research at the Staatliche Akademie der Bildenden Künste Karlsruhe) have been conceiving and producing artist books, monographs, and catalogues under the name fluid since 1999. Mostly involved in the projects as curators as well as authors, they always develop the publications on the basis of a broad knowledge of the contents and, if possible, in close collaboration with the artists. Each book is developed with regard to the specifics and characteristics of the theme to be presented. Publications by fluid have been published for the ZKM │Centre for Art and Media, Karlsruhe, by MIT Press, Cambridge, MA, and Hatje Cantz, Ostfildern, amongst many others. Their clients include museums, galleries as well as private collections.

Hauser & Wirth Publishers has championed artist books since 1992, where it has steadily flourished through partnerships with reputable imprints such as Hatje Cantz, JRP|Ringier, Snoeck, Steidl, Thames & Hudson, and Yale University Press, before publishing independently under its own imprint. Artists’ voices, exceptional art, scholarship, design, and bookmaking are at the heart of Hauser & Wirth Publishers’ program, which has been helmed by Michaela Unterdörfer since 2005.

Books are critical gateways to new ways of thinking and seeing; they provide vital, lasting records of artists’ works and ideas, and the discourse they inspire. This is why publishing has been a cornerstone of the gallery’s activity since its founding and why Hauser & Wirth Publishers has grown to become a leading imprint for unique, object-like books that encourage an understanding and appreciation of modern and contemporary art. With the special access granted by artists to their writings and archives, Hauser & Wirth Publishers often brings new and overlooked aspects of an artist’s creative practice into focus.