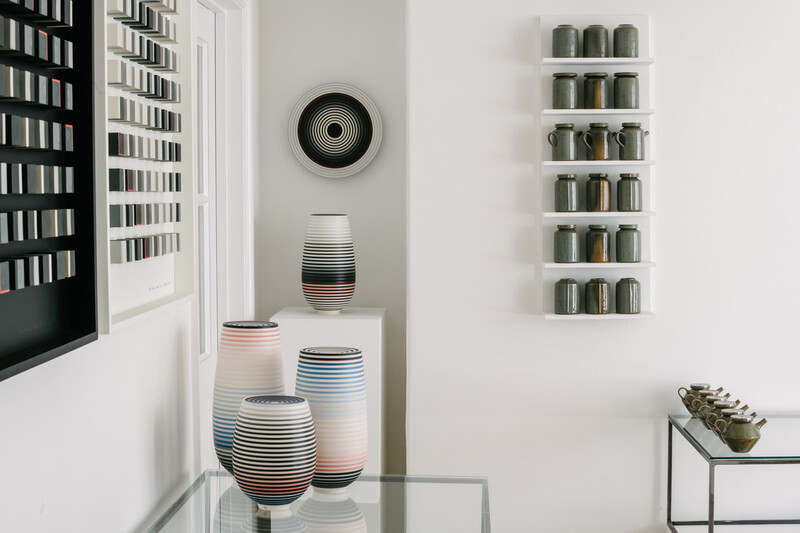 The Impossibility of Repetition

The Impossibility of Repetition

Human existence is based on the pulse of repetition; the beat of a heart, the rhythm of the day, the cycle of seasons, though these innate relationships are strained in modern life. For the ceramicist, making can be contemplative; there is solace in the creating of an object, remaking, and refining. With each reiteration comes a relaxed fluency and accomplished confidence, an increasing sensitivity to subtle variations. To the human eye there appears an exactness, but can a form, surface texture or decoration be replicated with precision? With each individual act of making, the mood of the maker will shift, the time, place and moment of creation will have changed. The earth has turned. What does a maker seek to discover or express through repetition, both in dialogue with their material and the whims of the firing process? ‘The Impossibility of Repetition’ brings together the work of three ceramicists, Florian Gadsby, Jin Eui Kim and Jaejun Lee, for whom the virtues and importance of repetition are fundamental to their practice.

Florian Gadsby works from his studio in North London. Firing with a gas kiln he creates hand thrown stoneware, functional pottery, singular forms, and vessel collections. His work is characterised by simple forms, straight shapes, protruding lines, and sharp edges upon which his reduction fired feldspathic glazes can react, shrouding the pots in a layer of glaze, dotted with iron from numerous sources.

Florian Gadsby studied at the DCCoI Ceramics Skills and Design Training course in Thomastown, Ireland. He spent three years apprenticed to pioneering potter Lisa Hammond MBE in Greenwich, London, learning to raw glaze and soda fire. A six-month apprenticeship followed in Mashiko, Japan, with Ken Matsuzaki, where he was trained to use a traditional kick wheel.

Jin-Eui Kim is based in Cardiff, UK, originally from South Korea. Kim’s work explores how the perception of three-dimensional ceramic forms can be manipulated by the application of tonal bands on their surface. Illusory spatial phenomena occur through Kim’s rigorous, theoretical use of gradients in tone, width of bands and the intervals between them. Kim’s vessels are thrown on the wheel, with surface decoration meticulously applied by hand.

Jin-Eui Kim studied at the Cardiff School of Art & Design, Wales, graduating with an MA and PhD in Ceramics. Exhibiting widely in the UK and overseas, including works in the permanent collections of Manchester Art Gallery and The National Museum of Wales.

Jaejun Lee is also a Korean ceramicist based in Cardiff, UK. Crafted with exquisite precision, Lee’s porcelain vessels are a balance between functionality and beauty in porcelain – harmonious meditations on form and process. A labour of love, each piece is meticulously turned, trimmed, and polished.

Jaejun Lee completed his MA in Ceramics at Seoul National University, South Korea. Lee has exhibited widely since 2013 in Korea, Taiwan, Germany, Ireland, and the UK. In 2018 he received an ‘Exceptional Talent’ Visa from Arts Council England, facilitating his current studio practice within the UK. 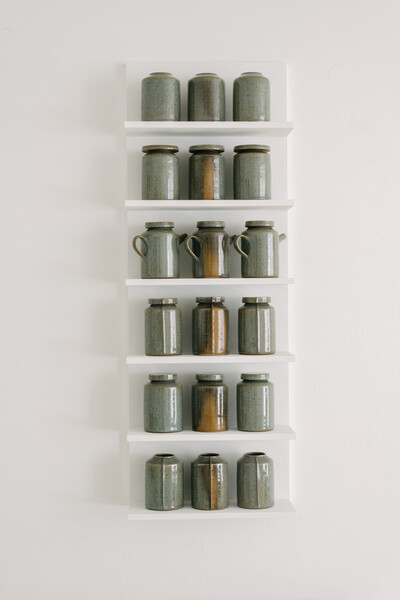