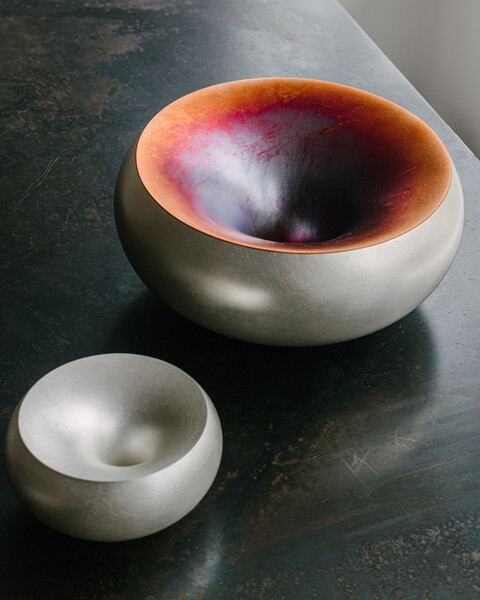 ‘Vessels and containers are an innate method of communication. They convey a narrative of gathering, holding and storing. Not only do they surround us in our daily lives, but they also shape our perception of the world and the division between the inside and out.’—Adi Toch

This spring, Make Hauser & Wirth Somerset unites four distinctive artist-makers in a group exhibition, featuring Akiko Hirai, Studio MC (Jessica Coates and Michel Müller), Adi Toch and Andrea Walsh. As the title suggests, ‘Antipode’ explores the opposing outcomes and unexpected counterpoints that surface through each maker’s intimate understanding of their material and the conceptual exploration of the vessel. The makers stretch the traditional boundaries of metal, clay and glass, intuitively referencing the functional and sculptural within their practice.

Andrea Walsh is drawn to the clarity, purity and translucency of glass and ceramics, whilst celebrating their alchemic and ancient properties. Timeless boxes and vessels beguile and intrigue with the preciousness of jewellery, crafted through a combination of meticulous processes with refined formality. When speaking of the work, Walsh states, ‘I make objects that are intimate in scale and place a deep emphasis on the interrelation between components, encouraging an emotional and tactile engagement. Using a palette of related materials, I am influenced by their inherent qualities, shared working properties and rich historical associations.’

Beginning with a flat sheet, Adi Toch works and fabricates metal into hollow objects. Through texturing, mark making, colouring and patination she creates forms which demand attention through sensory interaction. Toch’s material dexterity presents a holistic visual and aural language: stilted vessels that quiver in response to touch, forms containing gemstones that emit a musicality with movement, wall pieces that act as mirrors reflecting the peering face of the viewer and their captured environment.

For Akiko Hirai the deliberate imperfections and impurities that emerge through the firing process reflect her interest in the human condition. Encrusted with an almost volcanic, geological aesthetic, the focus of Hirai’s work is revealed by the degree of intervention and disruption, exploring the animate in the inanimate, breathing life into a static form. She is observing the outer and inner self through the exterior and interior of the vessel, the surface tension and the asymmetry that has become synonymous with her forms.

Studio MC create ceramic objects that allow for experimentation, embracing chance encounters and unpredictability through an inherent understanding of the versatility of clay. Their objects make use of various techniques including coil-built intuitive forms, contrasting with uniform, slab-built or wheel-thrown shapes. The unexpected and ambiguous arrangements of sculptural ceramics reference architectural shapes and functional objects, questioning the multi-purpose nature of an object alongside the traditions embodied within the vessel form.

Andrea Walsh studied Fine Art before completing a Master’s degree in glass and now works from her Edinburgh-based studio. Exhibiting in the UK and internationally, her work has been shortlisted for the British Ceramics Biennial Award in 2011, 2013 and 2015. Walsh has been selected as a finalist in the BBC Radio 4 Woman’s Hour Craft Prize in 2017 and the Loewe Foundation Craft Prize in 2019. Her work is included in permanent collections at the Victoria & Albert Museum, London, UK and The National Museum, Edinburgh, UK.

Adi Toch studied metalwork at the Bezalel Art Academy in Jerusalem, completing her Master’s degree in Art, Design & Visual Culture from The Cass, London, before establishing her studio in London. Exhibiting nationally and internationally, she has been the recipient of a Gold Award from The Goldsmiths’ Craft and Design Council UK and the European Prize for the Applied Arts. In 2017, she was shortlisted for the Loewe Foundation Craft Prize. Her work is included in permanent collections at the Victoria & Albert Museum, London, UK; The Goldsmith’s Company, London, UK; The Fitzwilliam Museum, Cambridge, UK and The Jewish Museum, New York, USA.

Akiko Hirai studied ceramics in the UK, at the University of Westminster and Central St Martins, London. A fusion of Japanese and British ceramic traditions, Hirai’s moon jars and podded vessels explore the juxtaposition of coarse clay and translucent glazes, creating forms which have an expressive generosity. For Akiko, the Japanese concept of ‘wabi sabi’ – the impermanence and transience of all things – is an ever-present idea. Her work is included in permanent collections at Keramikmuseum Westerwald (Westerwald Ceramic Museum), Germany and the Victoria & Albert Museum, London, UK. Hirai was shortlisted for the Loewe Foundation Craft Prize in 2019.

Studio MC was co-founded by artists Jessica Coates and Michel Müller in Darmstadt, Germany. Jessica studied philosophy and literature at Johann Wolfgang Goethe-Universität Frankfurt am Main and holds a Master’s degree in Fine Art and Design from the University of Art and Design Offenbach am Main. Michel was born in Ludwigshafen am Rhein, Germany and is an architect and professor, teaching Experimental Spatial Design at the University of Technology, Arts and Sciences Cologne. Studio MC have exhibited widely across the UK, Europe and Australia, including Art Basel, Switzerland, 2015 and Mexico Design Week, 2016.

About Make Hauser & Wirth Somerset
Make Hauser & Wirth Somerset is a destination for contemporary making and the crafted object, committed to showcasing the best emerging and established makers both nationally and internationally. Make occupies two rooms of a Georgian townhouse on Bruton High Street with Jacqueline Moore as Director. Since its launch in 2018, the gallery has presented work by over seventy artist-makers, providing valuable insights into the working processes and rich narratives of their practices. There is an emphasis on pieces commissioned specifically for Make, some of which are created in response to Somerset and the South West, employing locally sourced materials. All works are for sale. 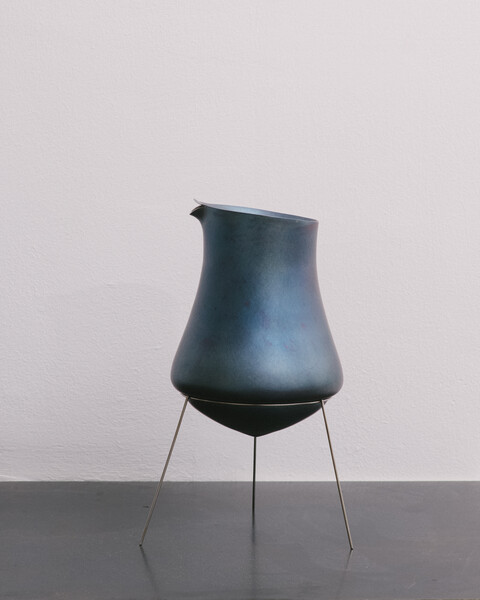 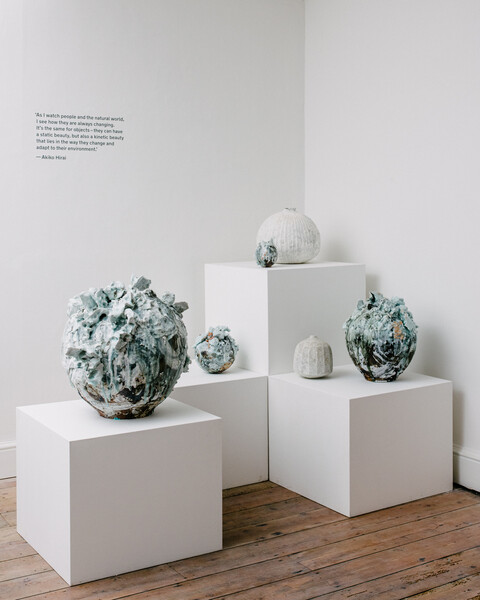