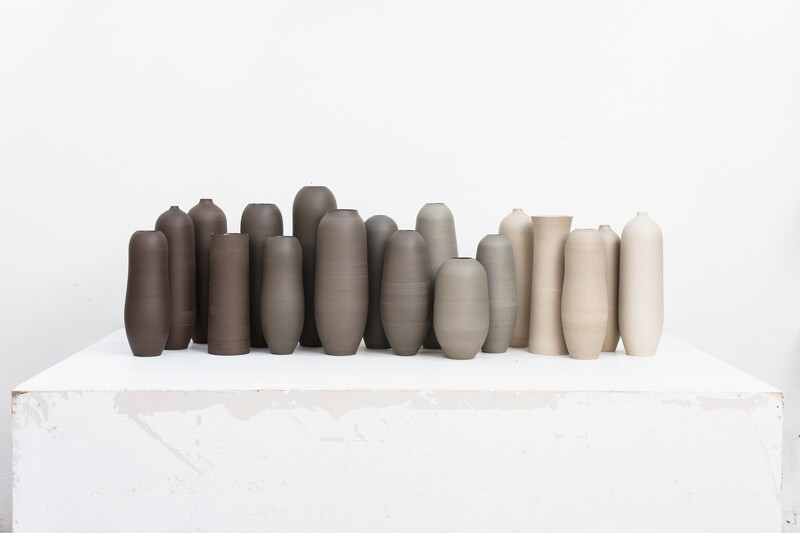 Emerging from this time of reflection, a rare opportunity exists for a collective re-thinking of the value we place upon the objects we choose to surround ourselves with. Contemporary craft offers a deep engagement with a conscious process and exploration of materials – the desire for harmony and a tangible connection with the world around us. ‘Hand and Land’ unites nine makers, many of whom made pieces for the exhibition during lockdown. The works in ceramic, textiles and wood explore how nature and human intervention are inextricably bound to one another through material, shape and form. The act of making serves as both a meditative and therapeutic activity for the maker and in turn, the handmade object embodies the maker’s story and material intelligence. The maker’s respect for their material, coupled with a desire to listen and care for the land reflects universal values and a timely quest for elemental balance.

‘There is a stretch of coast out beyond my studio, to the north. It is wild and relatively untouched. You can get lost out there in the heather, rock and sea. As with the natural world, beauty is often found where there is tension between rugged and soft, pattern and arbitration, perfection and imperfection. When making you cannot control perfection nor contrive imperfection, but somewhere between lies beauty.’ – Adam Buick

All works are for sale. Contact Jacqueline Moore for more information.

Christabel Balfour began working with sculptural pieces that progressed into classical tapestry and eventually rug weaving. A concern with simplicity and form pervades all her woven work. The slow and meditative nature of weaving necessitates brevity, and Balfour continually seeks to communicate as much as possible with the most minimal and geometric designs. For this exhibition she has contributed two large scale, expansive wall hangings, woven in a palette of muted, earth-tones. With the verticality of loom construction building up the pieces, Balfour explores forms in nature – a cliff face, rock formations, the undulation of a landscape. She is London-based and studied at the University of the Arts London and The Ruskin School of Drawing and Fine Art.

Craig Bamford (SASA Works) runs an architectural practice in London combining design with a practical workshop, embedding his knowledge of traditional craftsmanship into contemporary sculptural objects, furniture and architectural spaces. Each work informs the next and leads to new discoveries about material, the elements and human interactions. Growing up in Kenya, near the Rift Valley, Bamford was inspired by the native landscape and traditional village houses, handmade from local materials and built with future generations in mind – he was struck by the ever present co-existence of man and nature. For this exhibition, Bamford brings together a lifetime interest in creating sacred objects for the everyday, alchemy out of ordinary material, including Temple Pieces, furniture and a kinetic work.

Adam Buick studied Archaeology and Anthropology at Lampeter University, before further study in ceramics with the Crafts Council of Ireland. Buick’s works are an eloquent embodiment of his local landscape and geology around Llanferran, on the north coast of the St. David’s peninsula, South West Wales. His thrown and coiled interpretations play with scale and take inspiration from the pure form of the Korean moon jar. The unpredictable nature of each jar comes from the inclusion of locally sourced material and their metamorphosis during the firing – clay from the moors, seaweed, straw, and stone from coastal outcrops. His work reveals a deeply personal immersion in landscape, yet also speaks of the human condition and our innate and profound connection to the land.

Alexander de Vol is an artist-maker based in Lancashire and works with unseasoned wood sourced from locally felled trees. His work represents an ongoing investigation into the material properties of wood, as well as its transferal into other materials. An essential part of his practice is featuring the evolution of change that wood goes through as it dries. A series of elm vessels capture ‘the temporality of wood held still’. Delicately and thinly turned, the forms warp as the wood dries, meaning each piece takes on its own unique shape. De Vol places together forms that play with surface perception through material transformation: a footed elm vessel, sits with a wood cast bronze piece, polished to a perfect mirror shine, with the subtle wood grain intact, another with the patination of stone.

Luke Eastop is a ceramicist based in Kent. He worked as an artist and designer before taking up ceramics in the studio of his late grandfather, the renowned potter, Geoffrey Eastop. Eastop’s work explores form and material through systematic processes and a dialogue between wheel-thrown objects and drawn, geometric investigations. This approach is an extension of previous work involving experimental design, typography and map-making and an interest in mathematics and geometry. This exhibition features a large arrangement of geometric vessels and smaller groupings of new works made from a unique blend of clays from the British Isles, anchoring them in time and place.

Nancy Fuller is Taiwanese by birth and raised in Scotland. After training as a printmaker, she discovered wood-fired ceramics and studied with anagama master potter, Suzuki Shigeji in Japan. She creates traditional moon jar forms which are wood-fired. For Fuller the firing process is a form of affirmation – ‘you act and the fire responds, acknowledging your existence in the world’. Her considered approach creates vessels which act as holding spaces for contemplation, a way of reconnecting to ourselves and in turn the earth. She sees a profound intimacy between the vessel and the maker, each form created through thousands of small hand movements.

HoJung Kim is a recent graduate of the Royal College of Art, London. Through her practice, she aims to question how the vessel form has become an integral part of our daily lives and routine, using clay to symbolise our nature of containing. Kim combines clay fragments with diverse colours and sizes into a finished form, using the surface texture of her work to embody a natural spontaneity of particles. The surface texture can be seen as the scenery of nature, and a harmonious combination of colours. The process of mixing particles and clay provides unexpected composition of dots, lines, and facets meaning that the work embodies a vast sculptural landscape within one vessel.

Lola Lely is an artist, designer and maker based in London, and holds a Masters in Design Products from the Royal College of Art, London. She was born in Hanoi, Vietnam and raised in London and Kent. Her work is process and narrative-based often resulting in an event or ‘resting point’ rather than a single object. She practices craft in fresh and unexpected ways by linking contemporary practices and technology with age-old techniques. Storytelling, heritage and a respect for craft are important elements of her work. Using materials close to hand—ivy, nettle and madder root from her garden; mordant made from vinegar and iron nails—Lely’s compositions represents physical elements of an imagined landscape—valleys, lakes and fields.

Nic Webb studied Fine Art at the University of Brighton before establishing his studio in East Sussex. Webb’s practice reflects his beliefs surrounding our relationship with the natural world and the integrity of his personal material engagement. Employing experimental and traditional techniques and processes, he works in dialogue with hewn, carved and manipulated wood. Webb celebrates and interrogates the inherent characteristics of his material – the grain, cracks, fissures and flaws, revealed through intuitive action and intervention, often using flame and elemental forces. For the exhibition, Webb produced a series of works in wood sourced from the wider Durslade Farm Estate. 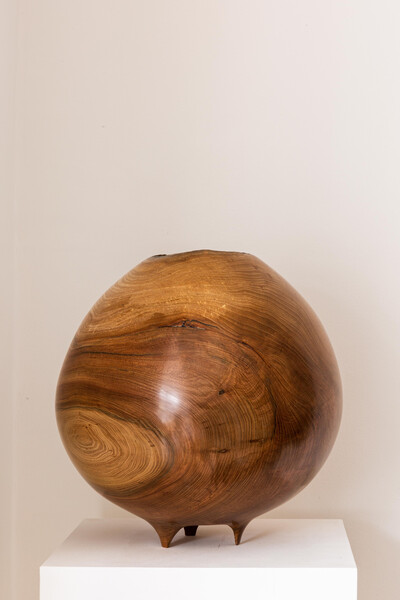 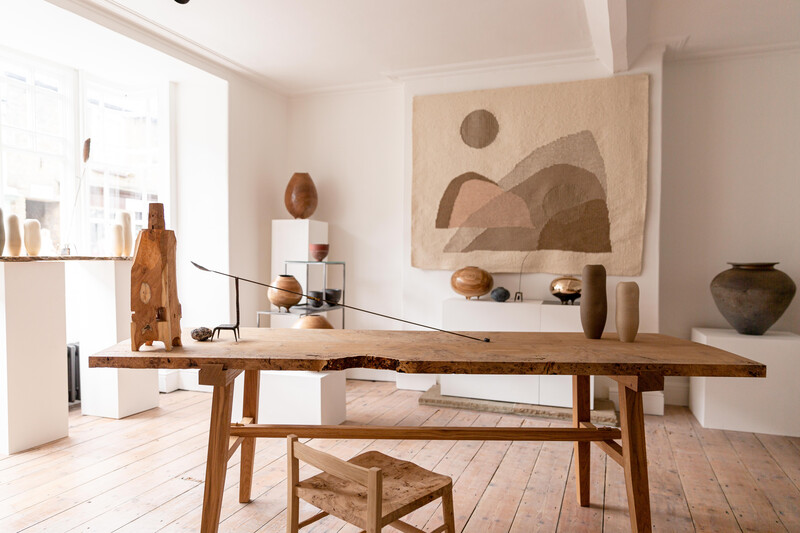