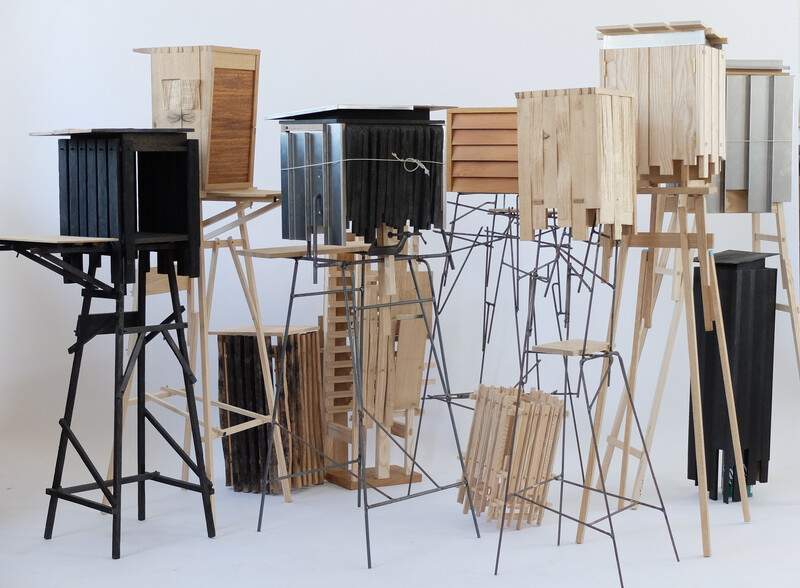 Make Hauser & Wirth Somerset is delighted to present ‘David Gates: in dialogue’, an exploration of containment, materiality, and the desire to collect, assemble, order and display. David Gates combines studio-furniture making with formal research, creating three-dimensional pieces inspired by cabinet furniture. This entirely new body of work includes geometric arrangements in the form of individual and groups of cabinets. This is part of a strategy of slowing down, of taking time to engage with a piece and explore the openings, niches, and drawers and the part they take in the overall form.

In recent work Gates has focussed on the cabinet of curiosities, the collecting cabinet as an interface between furniture, people, architecture, and material culture. In keeping with this theme, Jacqueline Moore, the Director of Make Hauser & Wirth Somerset, together with David Gates have invited a selection of international artist-makers to submit works for display around the cabinets. Responses include objects in ceramics, glass, textiles, jewellery, metal and mixed media, which invite investigation into the spaces they occupy, as well as the materials they employ.

Gates is interested in exploring configurations of mass and volume framed or contained by linear structures, and these works expand on this repertoire to consider new ways of responding to source material. At times this echoes the material surfaces, such as shuttered sides, corrugations, slats, and cleft timbers considering how surface and form mutually shape one another. Unlike most furniture, which has a definite front, these pieces have multiple elevations of interest and points of access.

Structurally and visually his work reflects a fascination with the vernacular asymmetric forms of industrial architecture while working with a rich repertoire of traditional techniques. Drawing on the rightness and expediency agricultural constructions such as silos, sheds, gantries, and barns, Gates interrogates rural structural and sculptural qualities to provide the basis for his ongoing exploration of the collecting cabinet as a furniture type. However, ultimately, it is the fluid organisation of the cabinets and objects that provides focus to the idea of a cabinet of curiosities housing a collection, that itself suggests correspondences and relationships between objects.

David Gates studied Furniture and Product Design at Ravensbourne College of Art and Design, UK. He holds a PhD from King‘s College London having researched the use of language as an aspect of practice amongst professional craftspeople. Thesis title: The Makers’ Tongue: Small Stories of Positioning and Performance in the Situated Discourses of Contemporary Crafts Practitioners.

Gates has exhibited internationally and features in a number of public collections, including the Nasjonalmuseet for Kunst Arkitekturog Design, Oslo, the Crafts Council, UK and the Cheongju biennale collection. He received the Gold Award at the Cheongju biennale, South Korea in 2015 and was a winner of the Jerwood Contemporary Makers 2010. Notable exhibitions include: The Tool at Hand. Milwaukee Art Museum. Wisconsin, USA (2012); St Mungo’s/ Woodworks project: A Design Process. London Design Festival, Victoria & Albert Museum (2013); Collect, Saatchi Gallery, London. With Contemporary Applied Arts (2014); Methods of Making. National Centre for Craft and Design (2015). 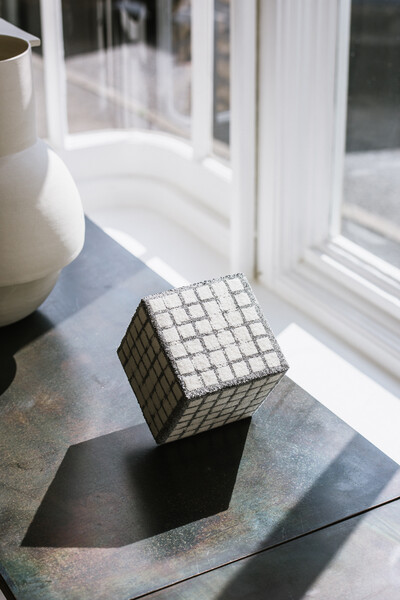 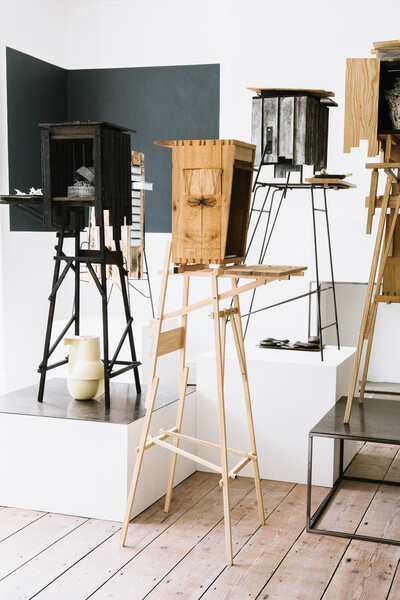