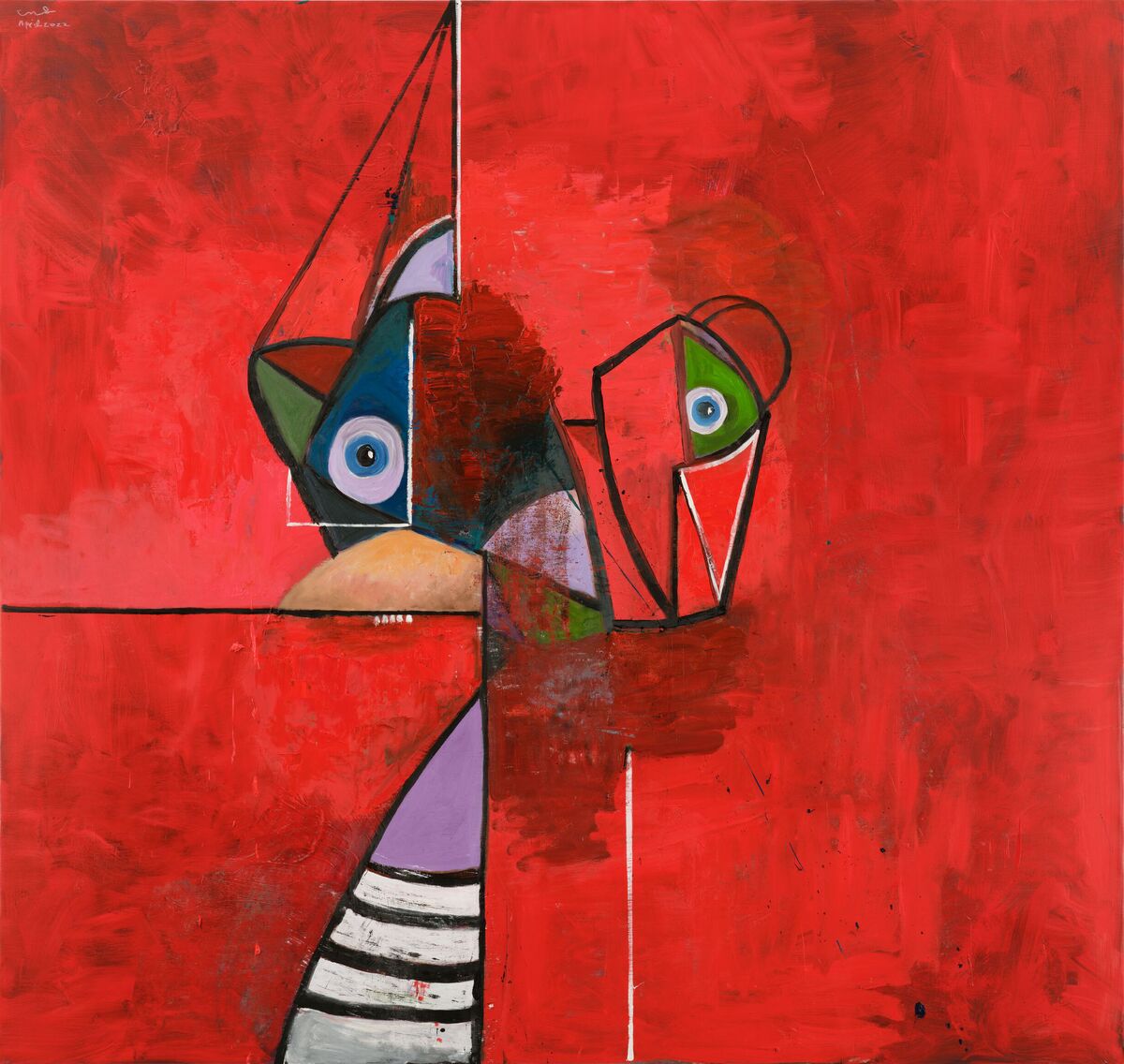 Modern highlights from this year’s booth include Louise Bourgeois’ ‘Gray Fountain’ (1970-1971), a compelling example of the artist’s emotionally intense and psychologically charged sculptural practice. An ensemble of separate and cylindrical grey marble components form a subtle incline and appear to face simultaneously toward and away from one another, creating a sense of tension, movement and dynamism. Philip Guston’s ‘Untitled (Outsider)’ (1972) is from his most acclaimed series of work, which marked a turning point not only in the artist’s oeuvre but within the history of American art. Consisting of a highly symbolic self-portrait as a coffee mug with two masked figures that the artist referred to as ‘hoods’—Guston’s most recognizable motifs—the work grapples with the human and everyday aspects of evil. Jason Rhoades is best known for his large-scale multimedia installations exploring concepts of labor, capital, materiality, modernism, performance, and process. The artist’s idiosyncratic installations draw on the history of assemblage, incorporating a wide range of objects, including products of mass culture which Rhoades combined with handmade objects and personal items with autobiographical significance. ‘NOM Korean Bedroom Idol’ (2006), hung in Rhoades’ bedroom at his studio near Los Angeles’ Koreatown neighborhood, where he was living and working at the time. This is Rhoades’ only known artwork using a found neon sign, which he acquired from a karaoke bar near his studio that he frequented.

In Hong Kong, coinciding with the fair, Nicolas Party’s first solo exhibition in Hong Kong ‘Red Forest’ is on view at Hauser & Wirth until 24 September, 13 new pastel landscapes and portraits, illuminating nature’s complex and often inextricable ties with humanity. Meanwhile, Pipilotti Rist is taking over the entirety of Tai Kwun Contemporary galleries and beyond for her major solo exhibition ‘Behind Your Eyelid’, on view until 27 November. Rist’s signature moving image installations—highly immersive, deeply sensual, and remarkably insightful—wrap visitors with a virtual hug of sounds, colors and moving images.

Phyllida Barlow and Mika Rottenberg will be showing at Busan Biennale 2022, themed ‘We, on the Rising Wave’.

For more than 50 years, British artist Phyllida Barlow has taken inspiration from her surroundings to create imposing installations that can be at once menacing and playful. Barlow’s restless invented forms stretch the limits of mass, volume and height as they block, straddle and balance precariously. The audience is challenged into a new relationship with the sculptural object, the gallery environment and the world beyond.

Phyllida Barlow will present her large-scale sculpture ‘untitled: catcher ii; 2020’ (2020). Somber gray color with sagging cement-coated ‘sails’, 6 m x 6 m x 5 m in size, Barlow’s works conquer the space as if they led a life of their own. They invite viewers to reconsider spaces, perceive volume, and hear the language of architecture

Argentina-born, New York-based artist Mika Rottenberg is devoted to a rigorous practice that combines film, architectural installation and sculpture to explore ideas of labor and the production of value in our contemporary, hyper-capitalist world.

Busan Biennale will hold the South Korean premiere of ‘Remote’ (2022) in the autumn, Mika Rottenberg’s first feature-length film made in collaboration with Mahyad Tousi. Created during the Covid-19 pandemic, ‘Remote’ is set in a post-pandemic near future. Unoaku (Okwui Okpokwasili) and four other women living in different parts of the world—all of them fans of a popular South Korean dog-groomer-performer (Joony Kim)—discover a mysterious portal hidden in each of their homes with universe-altering consequences.

Rottenberg’s ‘Spaghetti Blockchain’ (2019) will also be on view for the duration of the Busan Biennale. Examining how humans manipulate and comprise matter, this film juxtaposes footage of Tuvan throat singers whose voices reverberate across the Siberian prairie with the electronic hum of the Large Hadron Collider, which Rottenberg filmed while she was a guest artist at CERN. Meanwhile, a hexagonal corridor spins to reveal scenes that evoke ASMR videos, like a hand that slices and a gelatin roll with a hot knife. 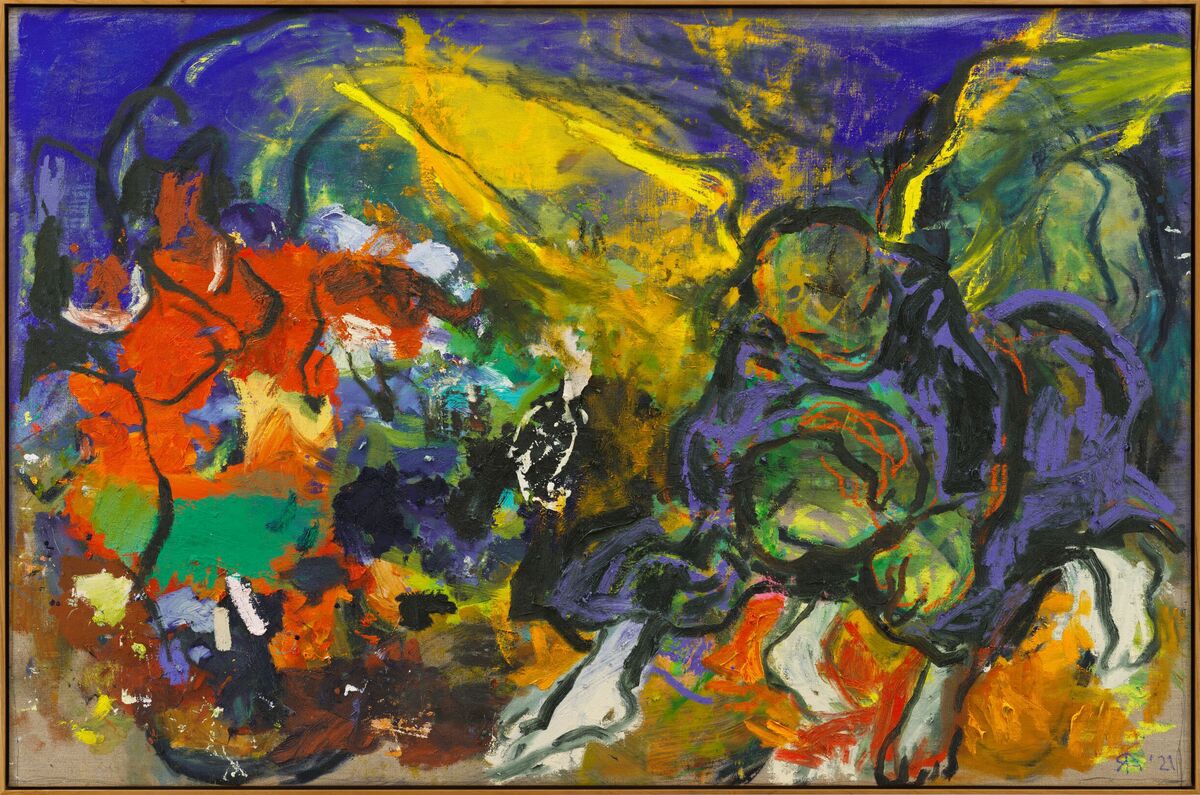 Changing of The Guards
1 of 13 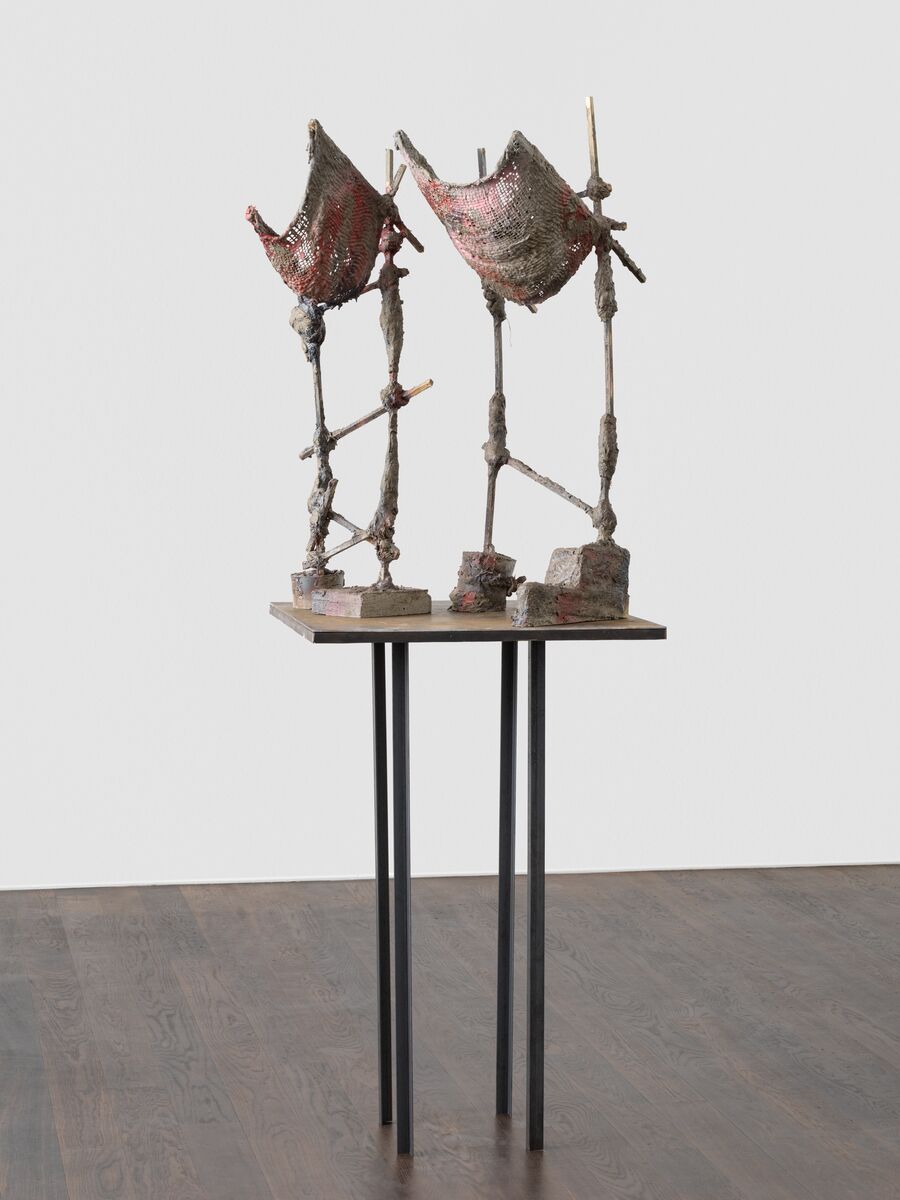 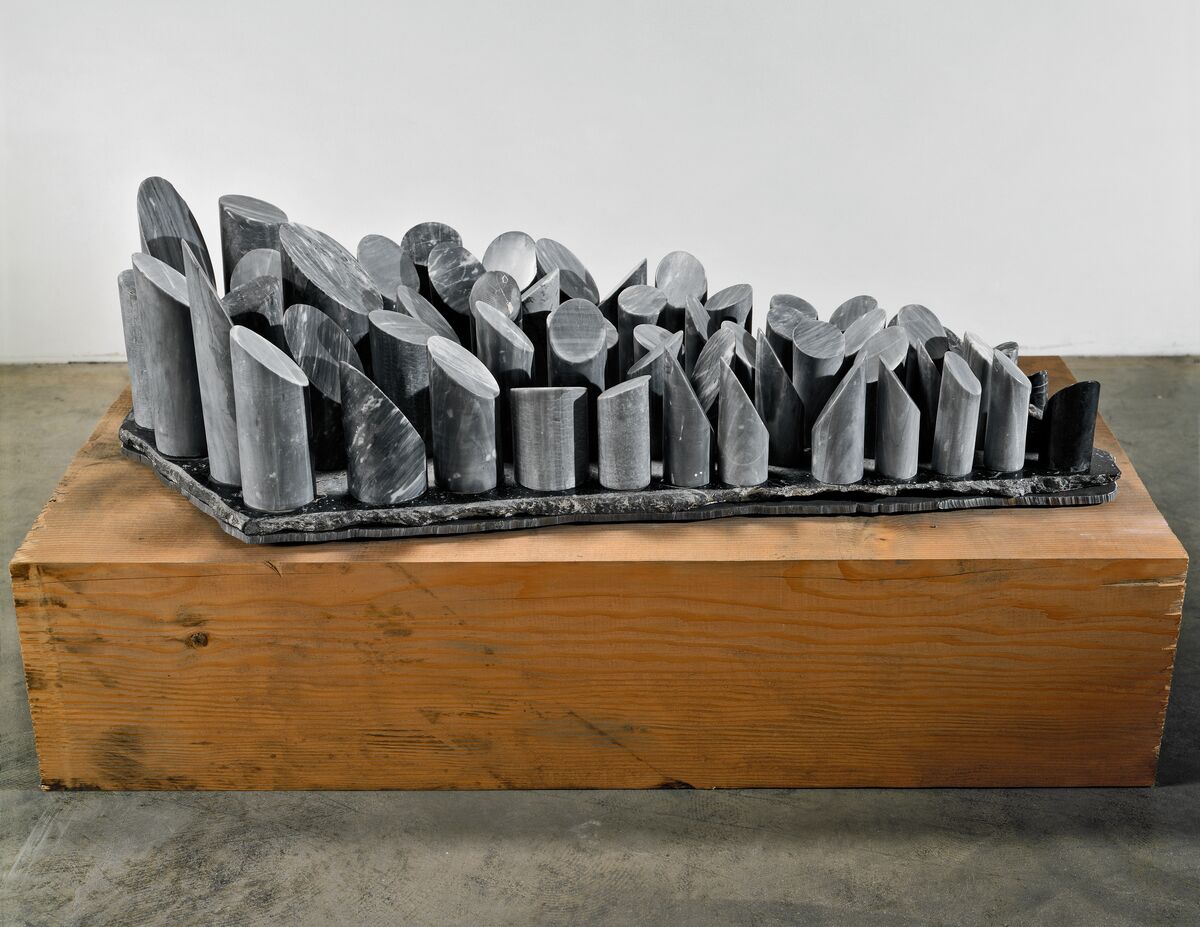 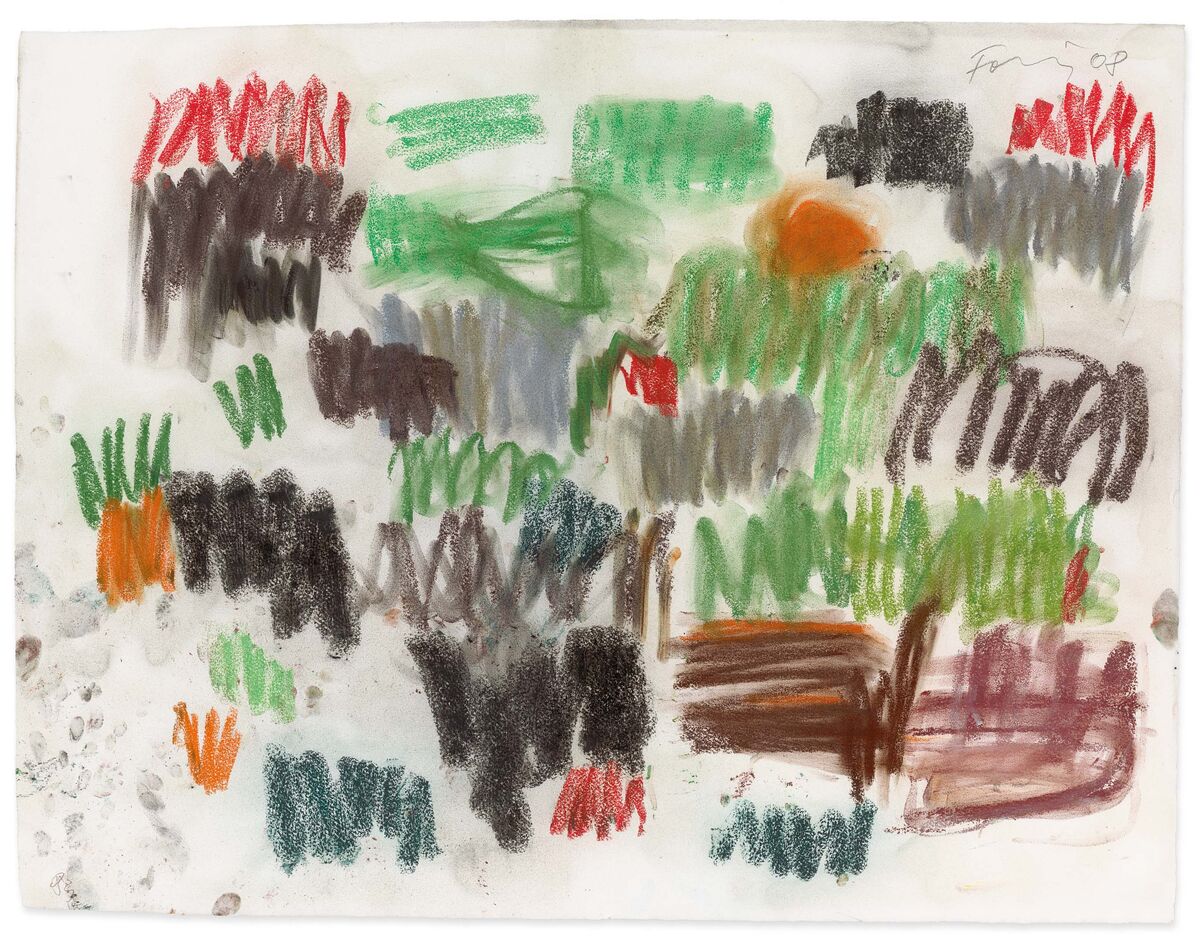 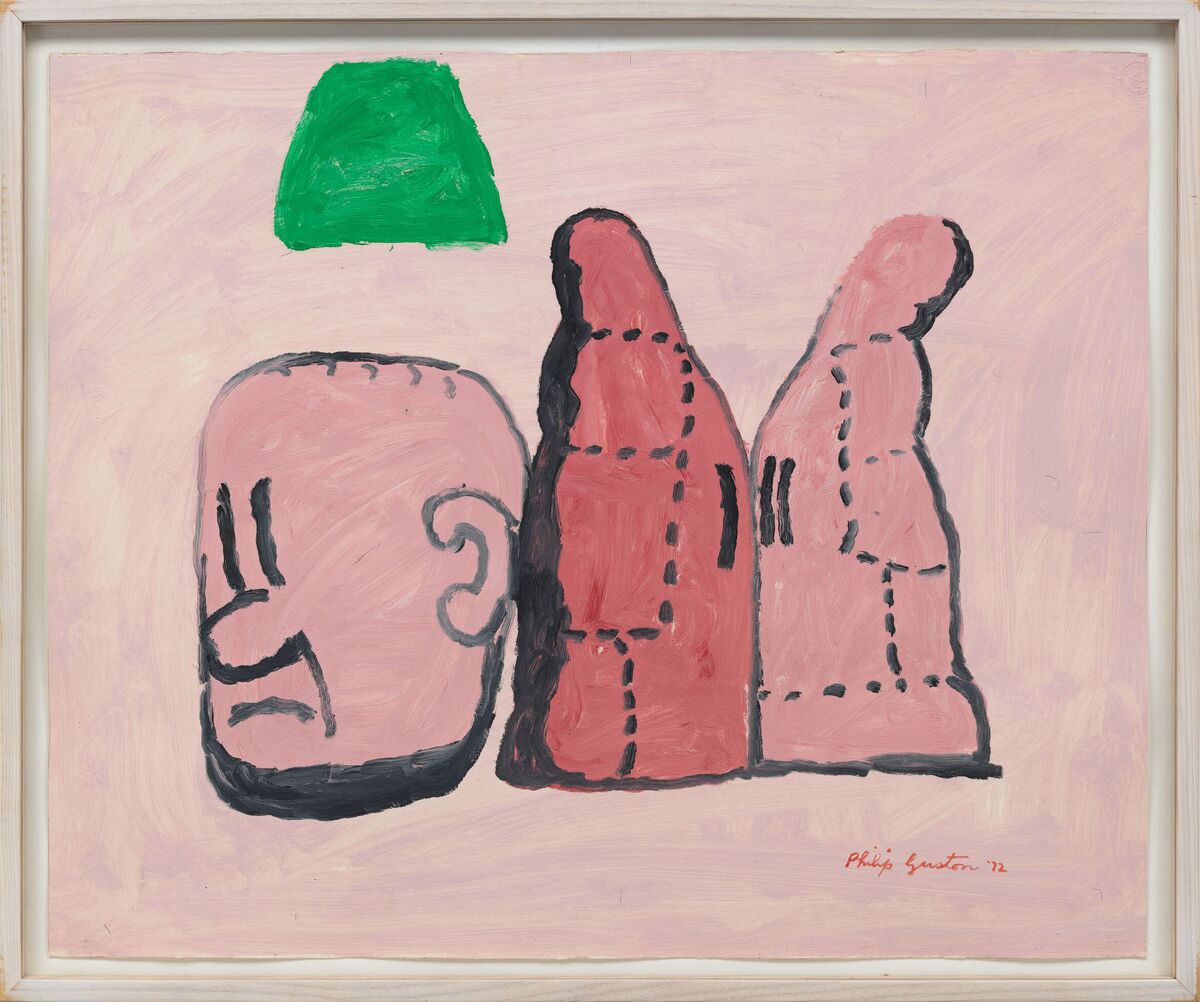 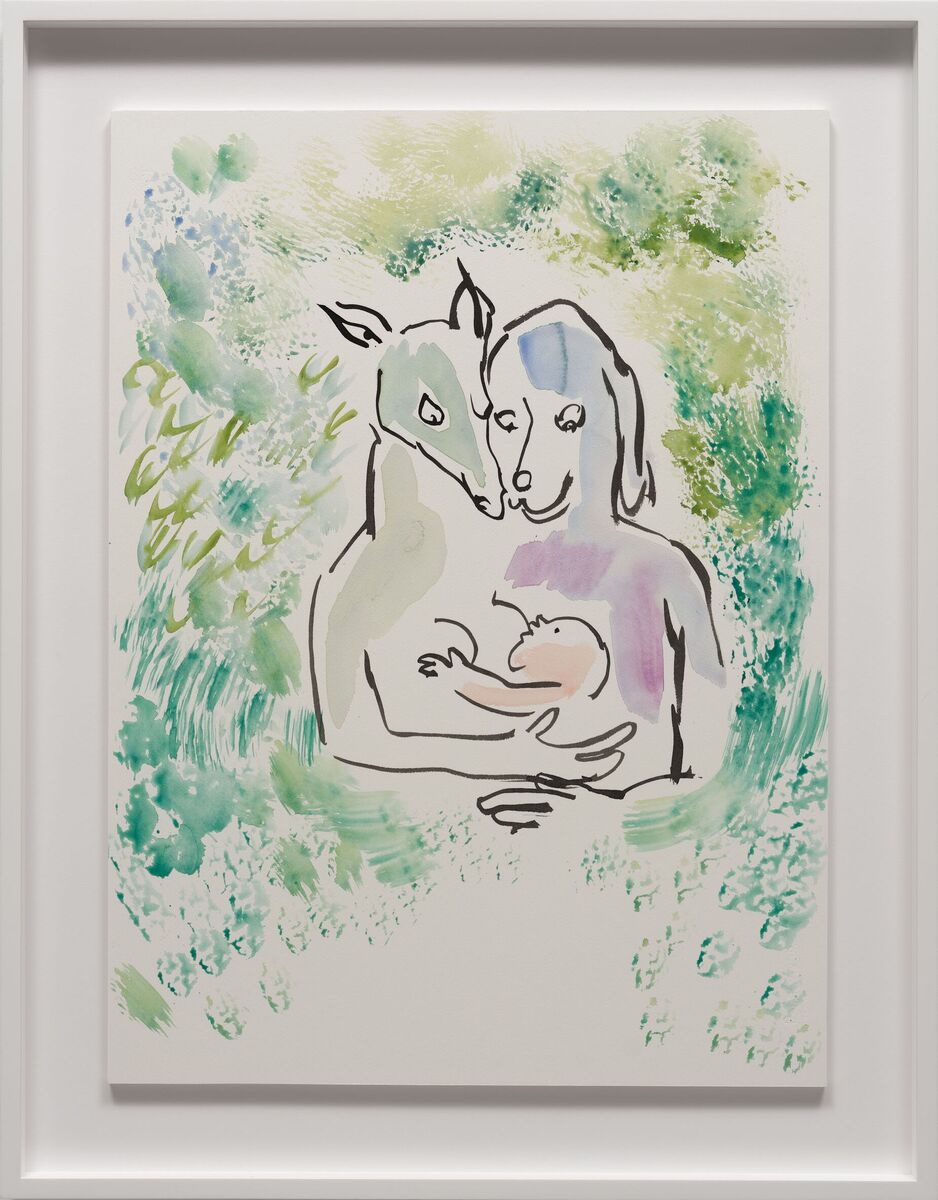 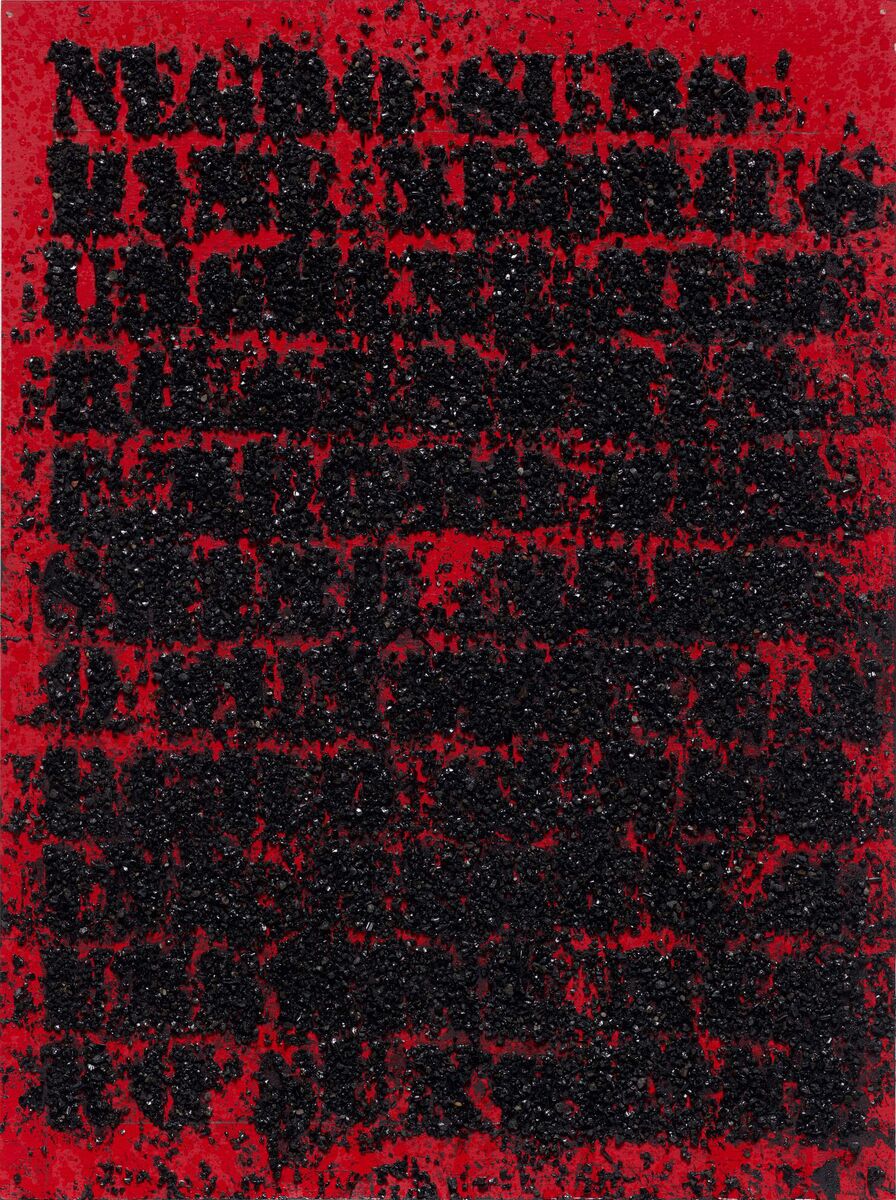 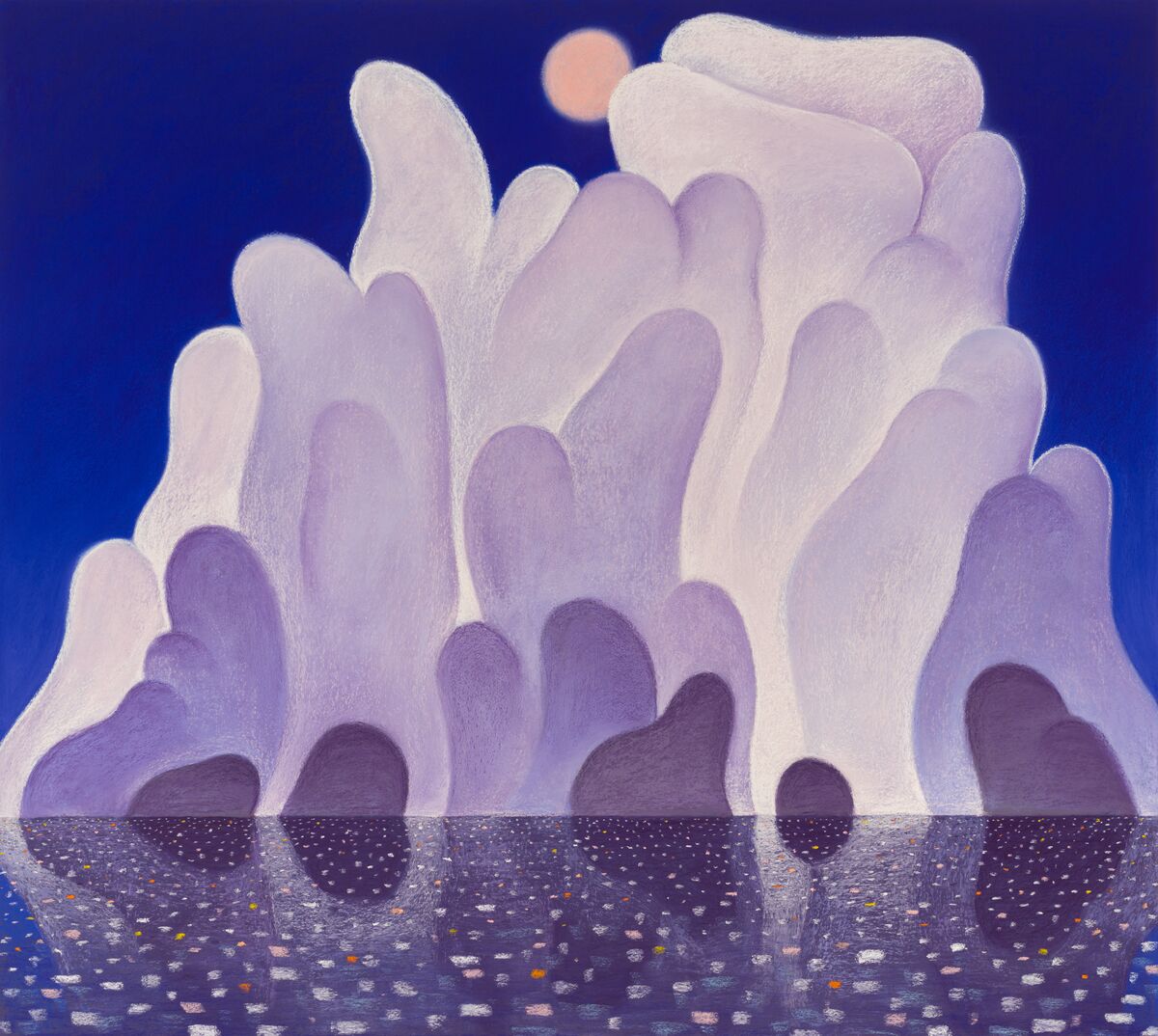 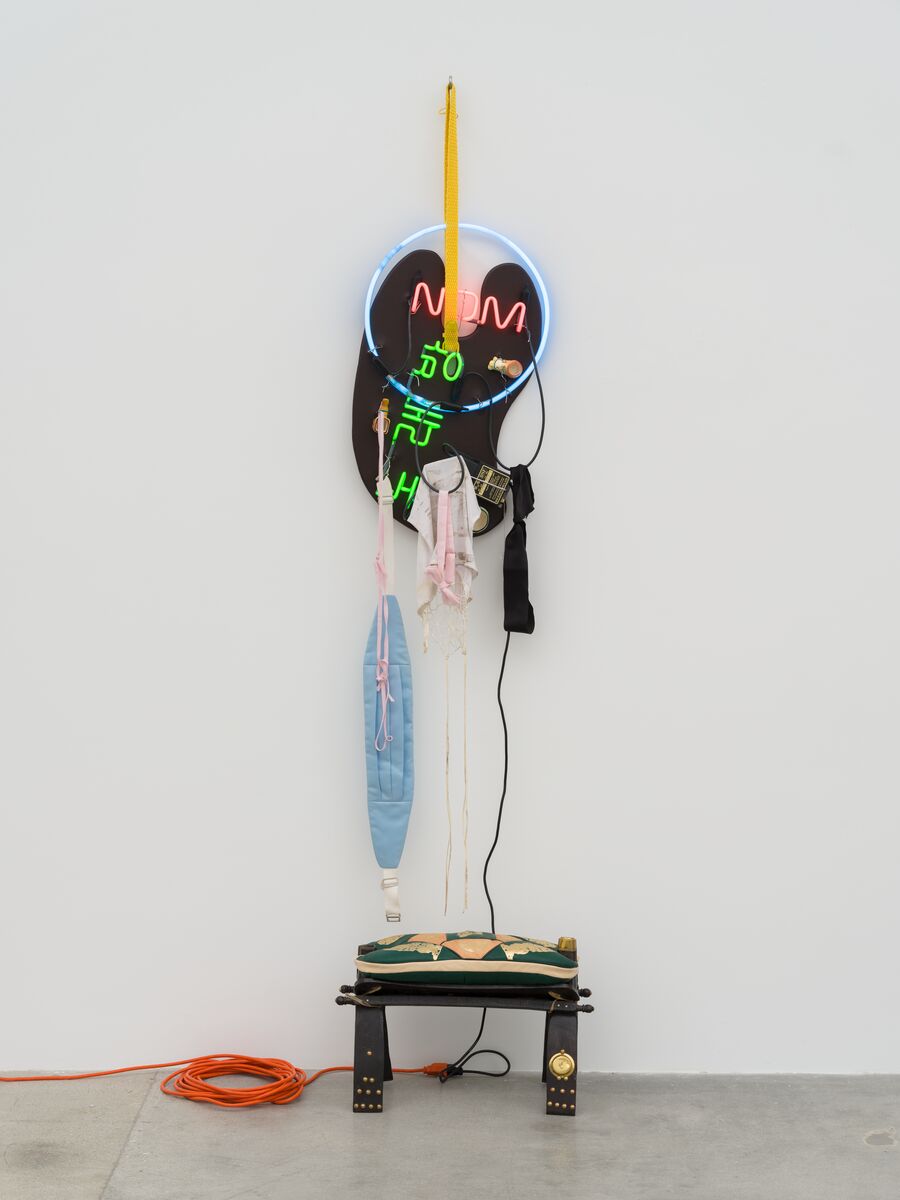 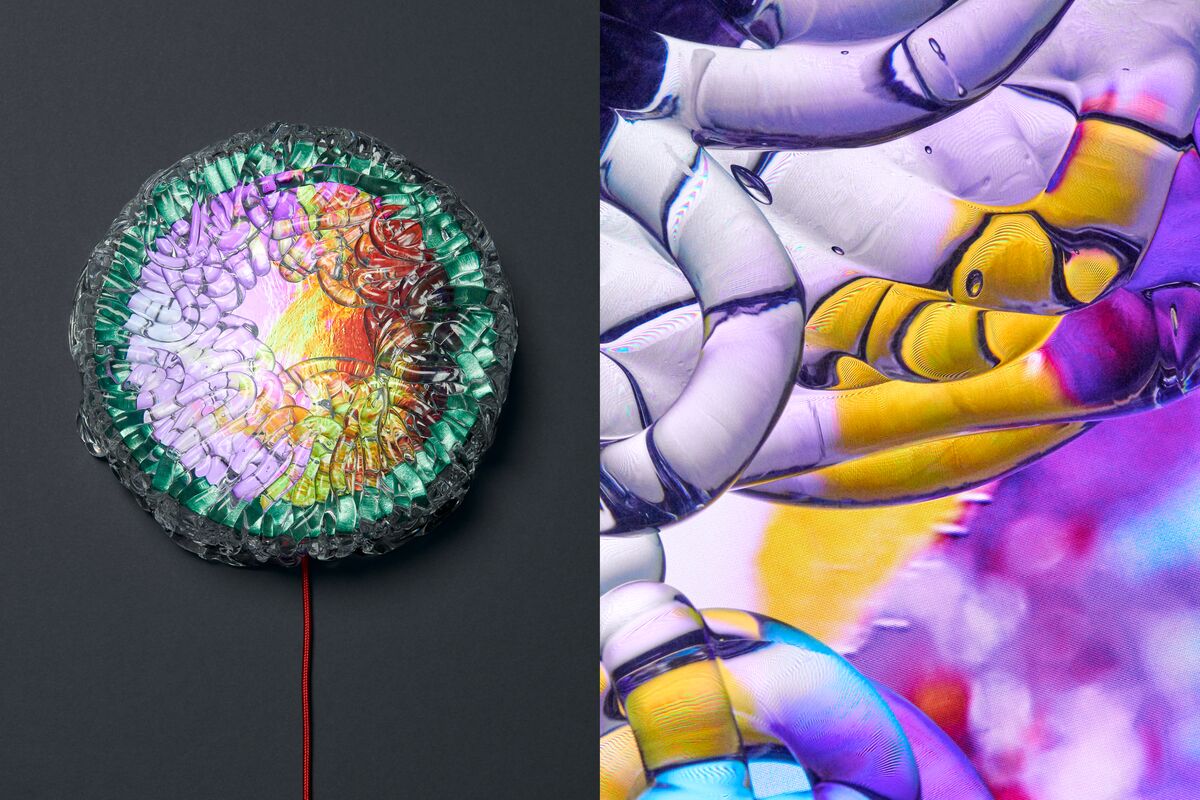 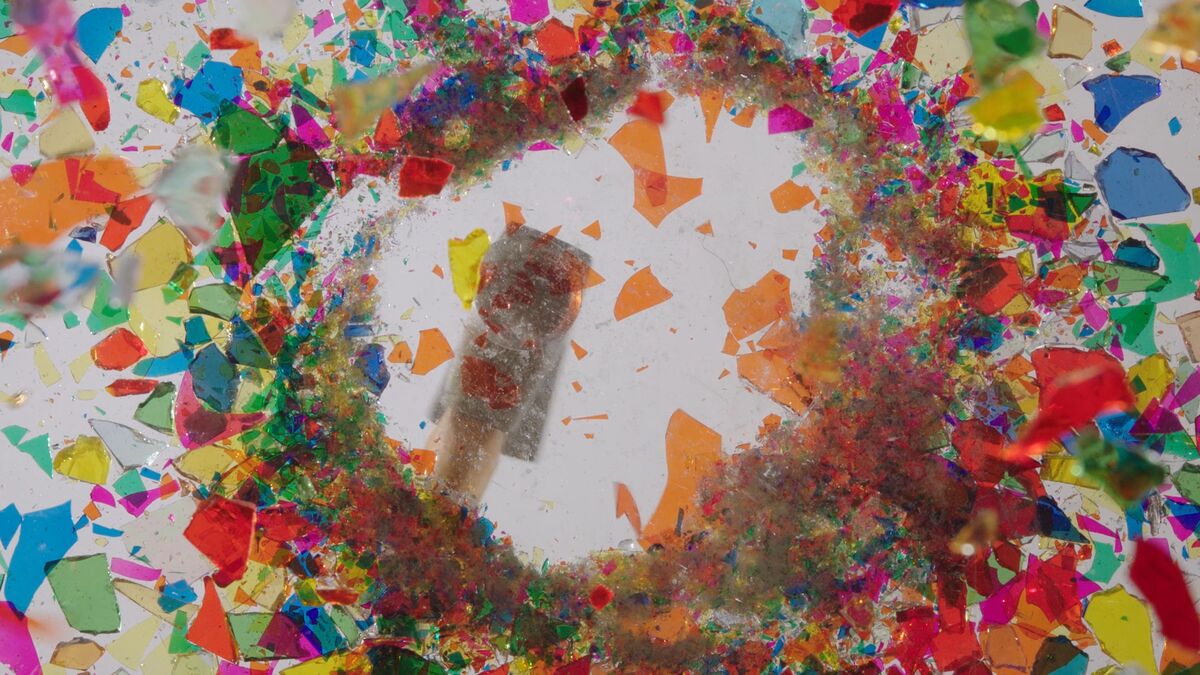 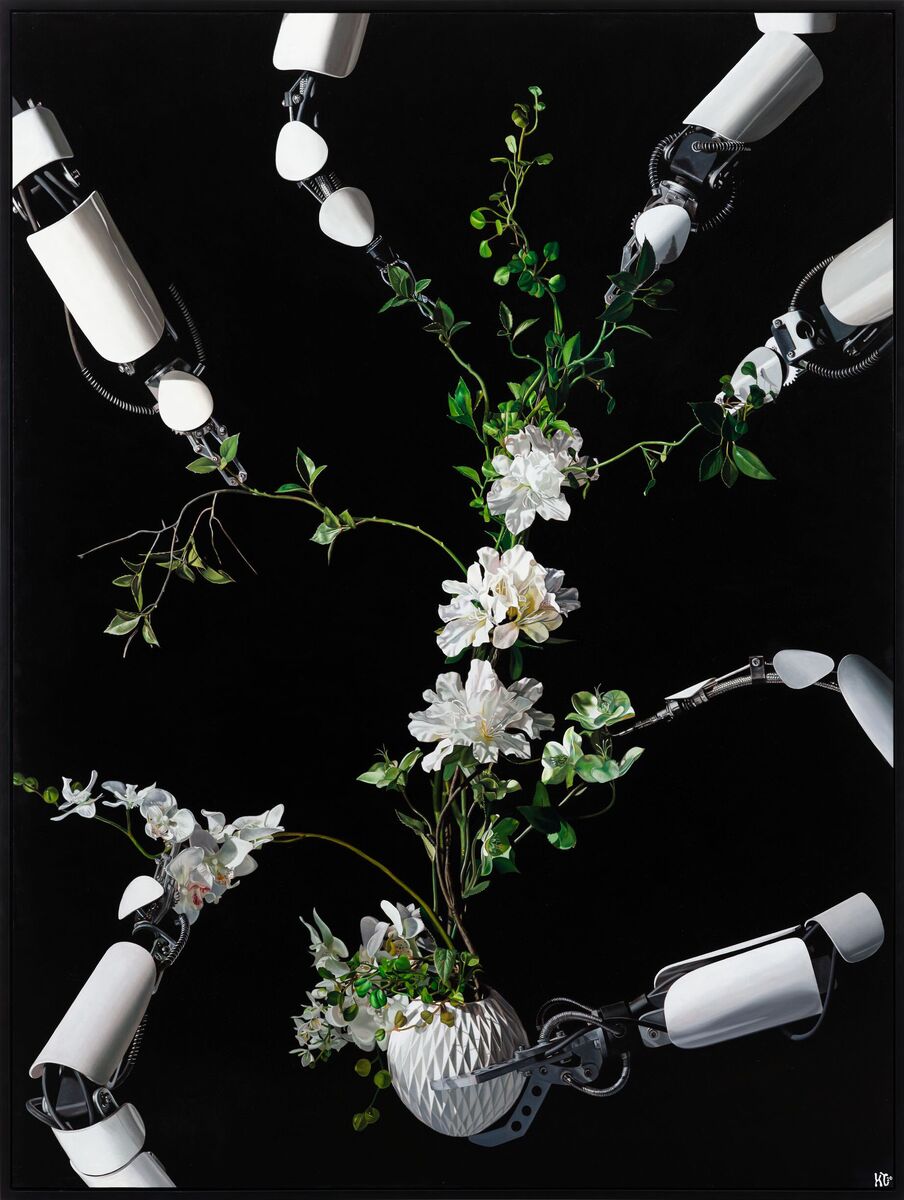